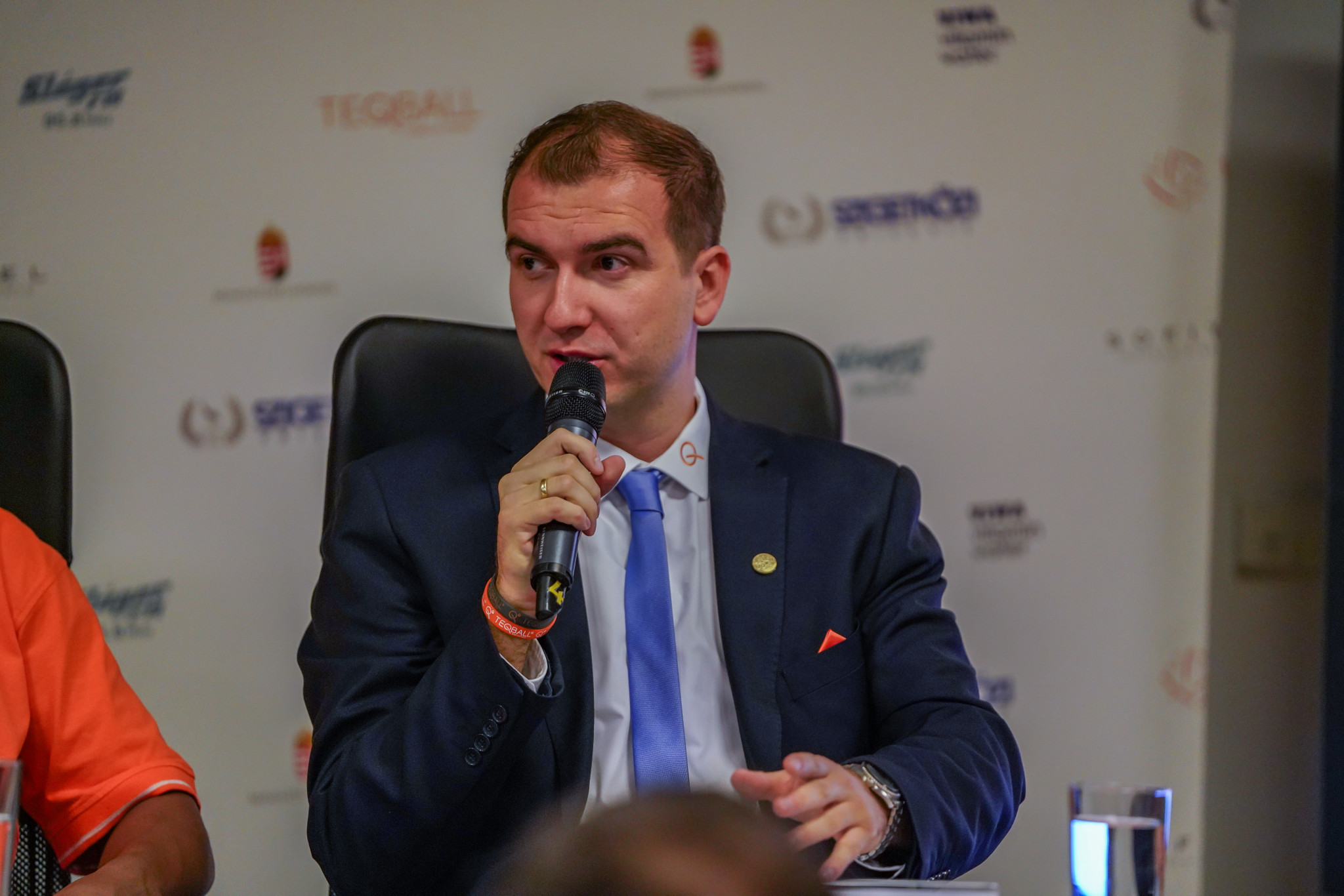 Teqball co-founder Viktor Huszár expressed surprise at the success of his sport as the Teqball World Championships takes place here.

With around 158 athletes representing 57 countries competing across the three day tournament, the participation rate has risen by 150 per cent since the first edition in 2017 when, as it was last year, the event was branded as a World Cup.

Borsányi is now the International Teqball Federation President, while Huszár is the vice-president.

Having asked Huszár whether he had envisaged the success of his sport when it was in its infancy, he admitted he had not.

"No, I thought maybe it would be played in the garden, that’s all," he said.

"But then it just started to kickoff and more people wanted to play it.

"Now we can envisage a successful future but not in the beginning for me.

"Maybe for the others who are former football players, but not for me, a computer scientist."

Expanding on his comments, Huszár revealed why he thought teqball was increasing in popularity.

"I think its popular because the game is fast, the game is challenging and the world has changed," he said.

"You know, Instagram is getting overtaken by TikTok because TikTok is just 15 seconds, and 15 seconds is just a rally of teqball.

"So that is probably why it's popular, along with the fact that it's football based, so we have the world's most popular sport as the base of teqball."

For most sports, Olympic inclusion is the pinnacle, with Huszár confirming that it is the same for teqball.

"I think that it would be an honour and a privilege to be ever included in an Olympic Games," he said.

"I believe in the work we do, and as a consequence of that I believe that the Olympic decision makers also do too.

"The rules in football are changing constantly with VAR and goal line technology and so on.

"So if everything is changing, maybe one day we will go to the Olympics.

"I hope I will still be alive to see the first Olympic winner."

The World Championships are due to conclude here tomorrow with the doubles and mixed doubles finals.