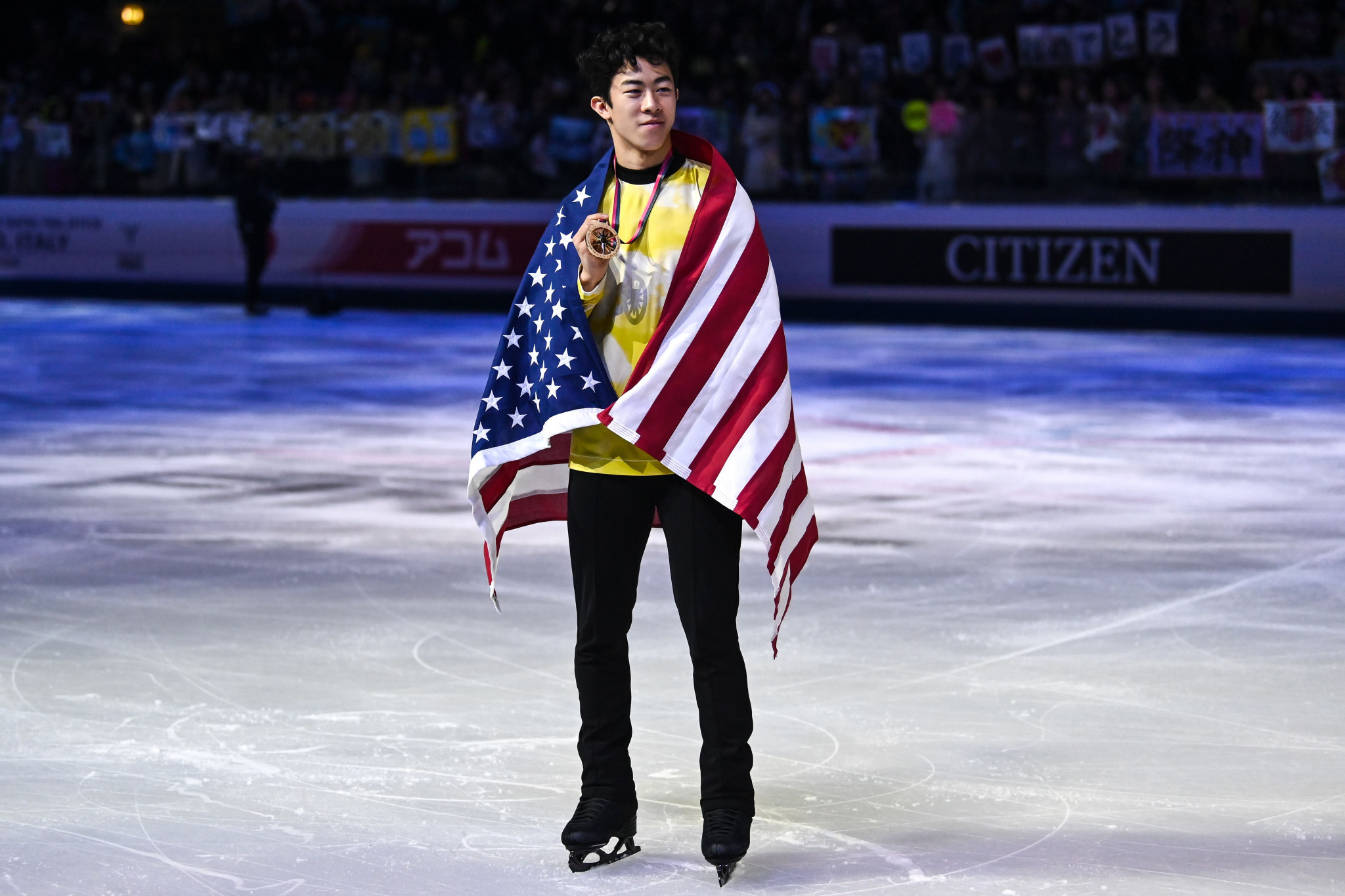 The American held the lead after the opening day after setting a personal best in the men's short programme - and he was in scintillating form as he dominated the field at the Torino Palavela.

Yuzuru Hanyu was Chen's closest rival on day two, with the Japanese seeking victory on his 25th birthday but Chen, a 2018 Winter Olympics bronze medallist, was not in the mood to finish second.

It gave him a margin of more than 40 points over Hanyu, who had to settle for silver on 291.43 points.

Kostornaia, who had finished top in the short programme, followed through in the free skate to earn 247.59 points, with Shcherbakova earning 240.92 and Trusova taking bronze with 233.18.

In the ice dance, French pair Gabriella Papadakis and Guillaume Cizeron, who had led with 83.83 points after day one, claimed the title with a total of 219.85 points.

They finished ahead United States pairings Madison Chock and Evan Bates, who scored 210.68 points, and Madison Hubbell and Zachary Donohue, who totalled 207.93.