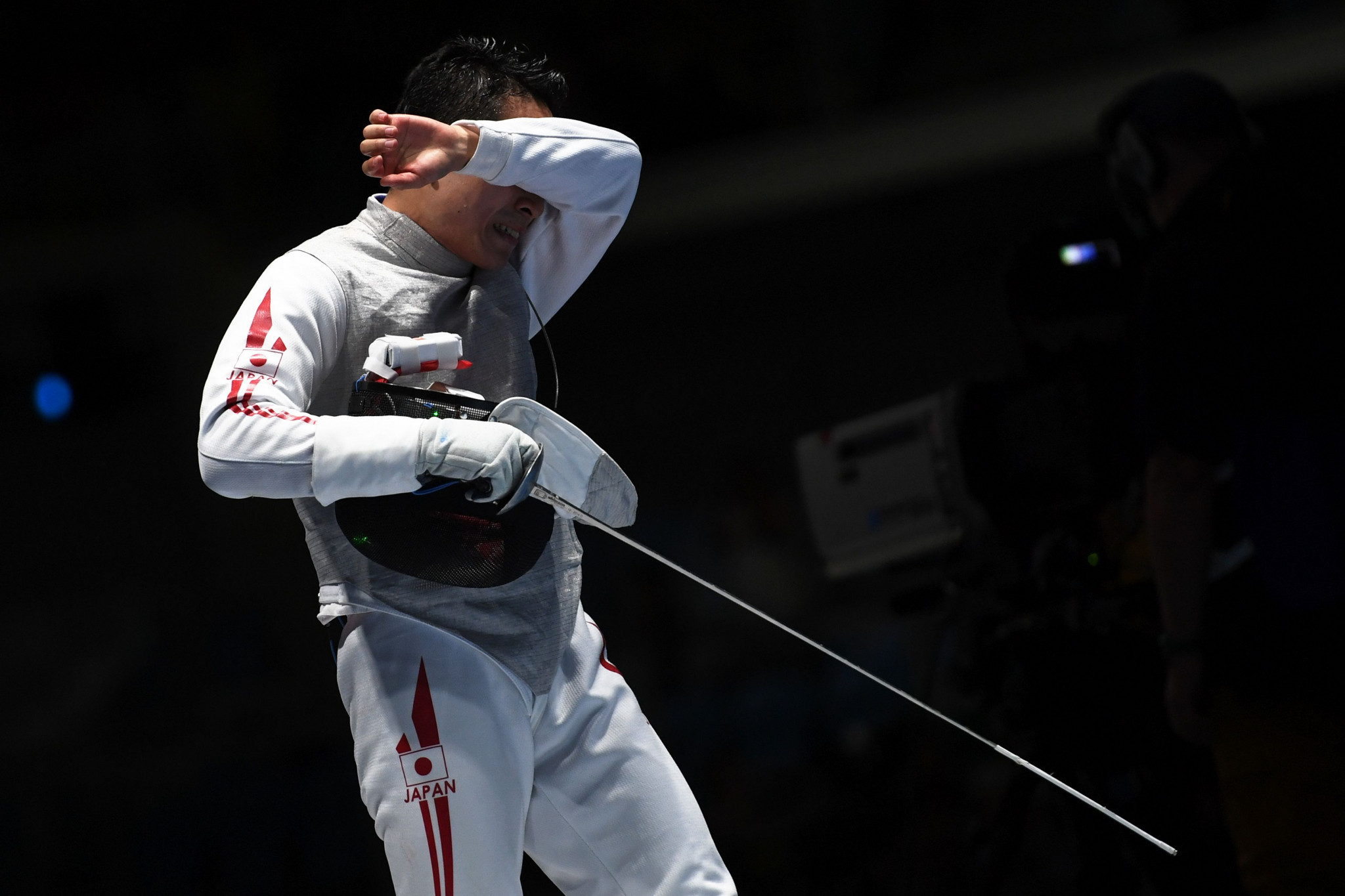 Japanese Olympic Committee (JOC) President Yasuhiro Yamashita is hopeful Yuki Ota can join him in becoming a member of the International Olympic Committee (IOC), after the fencer was confirmed among the 30 candidates for election to the Athletes' Commission.

Ota, a double Olympic silver medallist and former world champion in foil, is on the list of candidates revealed by the IOC Executive Board yesterday.

The 34-year-old will become the third Japanese representative on the IOC if he is successful with his bid for one of the four available places on the Athletes' Commission, which offers the added incentive of full IOC membership.

Yamashita is set to join the IOC in January after he was proposed for membership by the Executive Board, along with FIFA President Gianni Infantino and International Tennis Federation counterpart David Haggerty.

"I am very delighted to hear that Mr Ota is officially recognised as a candidate for the IOC Athletes' Commission election," Yamashita, gold medallist in judo at Los Angeles 1984, said.

"I sincerely hope that Mr Ota will become a member of the IOC Athletes' Commission and undertake a role to represent athletes from all over the world."

Ota, gold medallist in the men's foil at the 2006 Asian Games, said he was "honoured and humbled to be selected as a candidate" for the election, due to take place during next year's Olympic Games in Tokyo.

Among his rivals will be Australian double Olympic swimming champion Cate Campbell, whose candidacy is backed by longstanding IOC member John Coates, considered a key ally of President Thomas Bach.

"I believe we can be innovative in improving communication with athletes and that will lead to better outcomes - both for athletes and sporting organisations," Campbell said.

"I want to take the opportunity now to make a difference for athletes around the world, grow the Olympic Movement and promote the Olympic ideals that we hold so dearly."

Harte, Stefanidi of Greece, Cypriot Pavlos Kontides, Spain's Pau Gasol and Italy's Federica Pellegrini had all been publicly announced as candidates by their National Olympic Committees prior to confirmation from the Executive Board.

"To have an opportunity to be the link between athletes globally and the IOC is something that really excites me and motivates me to be elected," said Harte.

"I am not a fan of being a 'hurler on the ditch' and like to be proactive about being a voice for athletes."

Stefanidi, the 2017 world champion, called on athletes who will take part in the election to "vote for who they believe will represent them best".

"We are seeing an unprecedented effort by Olympic athletes all over the world to protect and fight for their rights," she said.

"I am grateful to be given the opportunity to potentially do this for them through the IOC Athletes' Commission."

Slovakian shooter and vice-chair Danka Barteková's term will also end at Tokyo 2020, but she remains an active athlete and has submitted her candidacy for re-election.

A new chairperson will be chosen during the first meeting of the newly composed Commission at the Games in the Japanese capital after Coventry decided not to stand for re-election to the body.

The full list of candidates, and their biographies, can be viewed here.