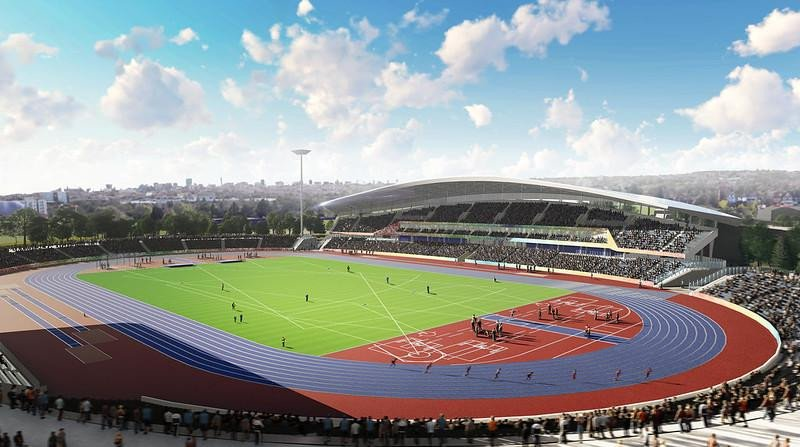 Organisers have expressed confidence in the schedule for the three major construction projects for Birmingham 2022, despite the shorter build-up time to the Commonwealth Games.

The Sandwell Aquatics Centre, a redeveloped Alexander Stadium and an Athletes' Village will form a central part of the Commonwealth Games in the English city.

Proposals for the Alexander Stadium were submitted to Birmingham City Council's planning department for consideration in October, with the venue aimed at becoming a diverse hub for sporting, leisure, community and cultural events.

The stadium, located on Walsall Road, will host Birmingham 2022's Opening and Closing Ceremonies, as well as its athletics events.

Redevelopment would increase the stadium's permanent seating capacity from 12,700 to 18,000, allowing more than 30,000 during the Games through additional temporary seating.

It is anticipated a final decision will be taken on the proposals by Birmingham City Council Planning Committee in early 2020.

Subject to planning approval, construction of the new stand will commence in spring 2020, with completion in late 2021 ahead of test events for Birmingham 2022.

"The simplest [project] is Alexander Stadium, where there will be a new stand, which is not yet at contract stage but is at procurement stage," Ian Reid said, Birmingham 2022 chief executive.

"All the information coming back suggests time should be fine and cost looks like we are well within budget.

"The early market engagement is positive in that respect and the project is progressing well, with it due to complete in October or November time in 2021.

"We have a high degree of flexibility and safety around that one."

Reid praised work by the Sandwell Metropolitan Borough Council to prepare the site for the Aquatic Centre, prior to construction starting in 2020.

Last month, a recommendation was backed by the Council to sign a contract with local firm Wates Construction Ltd to complete the Aquatics Centre prior to the multisport event's Opening Ceremony in July 2022.

The facility is scheduled to host the swimming and diving events at Birmingham 2022.

When complete, the Sandwell Aquatics Centre will have a 50 metres Olympic-sized swimming pool, a 25m diving pool and a studio pool, along with 1,000 permanent spectator seats, together with a brand new urban park, football pitch and children's play area.

Chris Jones, the project director, reportedly told councillors last month that the budget for the venue has not overrun, despite the final costings having been confirmed at £73 million ($94 million/€85 million) - £13 million ($17 million/€15 million) more than first estimated.

Reid admitted the Athletes' Village is the biggest construction project for the Games.

The Village is expected to house 6,500 athletes and officials during the Games, before being converted into 1,400 homes for the community as part of a long-term regeneration plan for Perry Barr and the surrounding areas.

Eventually, 5,000 new homes will be constructed.

"The village is by far and away the biggest project, with demolition having been completed in a record time," Reid said.

"Groundworks are significantly advanced, and we are now at a stage where there are a number of plots in the village, with different housebuilders.

"A number of those contracts are at very advanced stages, but it will be another couple of months to lock all of those down, with a quarter one finish in 2022 before the organising committee takes over.

"They are huge construction projects so they will undoubtedly have challenges, but we are working very closely with the city and in terms of market engagement it is looking achievable and within budget."

This is despite Birmingham 2022 having a shorter four-year preparation time for the Games, after stepping in to replace the South African city Durban at the end of 2017.

"One of the biggest risks with any construction project is around the groundworks, as you do not know what is underground," Robertson said at the conclusion of a three-day visit to the city.

"Whether it is a contaminated site or there are archaeological finds, that type of thing.

"I have seen it happen before in other projects where you come across something and suddenly you are delayed by three or four months.

"The groundworks are at a stage here where those types of risks are minimal.

"Getting that behind those projects is a very big plus.

"In other areas there is always flexibility around the construction schedule.

"The major construction contracts are well progressed, so I think in all three we see things coming out of the ground by the time we come back."