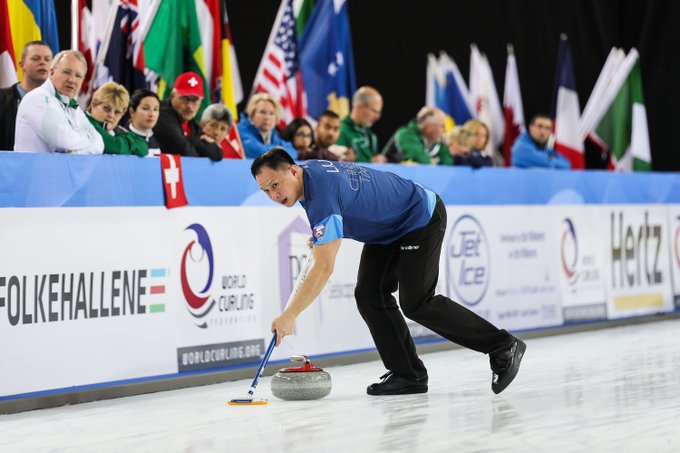 Pia-Lisa Schoell and Klaudius Harsch had won the opening three Group A matches at the Greenacres Curling Club near Howwood.

They extended their winning start by securing a comfortable 8-2 victory over Kosovo.

Germany are the only unbeaten team in the group after the Danish duo of Christine and Martin Groenbech suffered a 9-5 loss to China.

The Danish team bounced back in their second match of the day by overcoming Ukraine 11-1 to improve their record to four wins and one defeat.

China lie third in the standings on three wins and a loss, while Guyana have two wins and two losses to place fourth.

France and Turkey occupy joint first position in Group B after recording their fourth consecutive wins.

France beat Romania 6-4 before repeating the result against Ireland.

Turkey cruised to a 9-1 win over Brazil, which they backed up by overcoming Belgium 9-0.

Group C saw Italy remain in the lead after they won their third consecutive match.

The Italian team beat Slovenia 10-1 to remain at the top of the standings, with Latvia lying second with three wins and one defeat.

Belarus and South Korea are the joint leaders of Group D after four matches.

Belarus secured a 9-2 win over the Netherlands today, while South Korea beat Slovakia 12-3.

The group leaders have a record of three wins and one defeat.