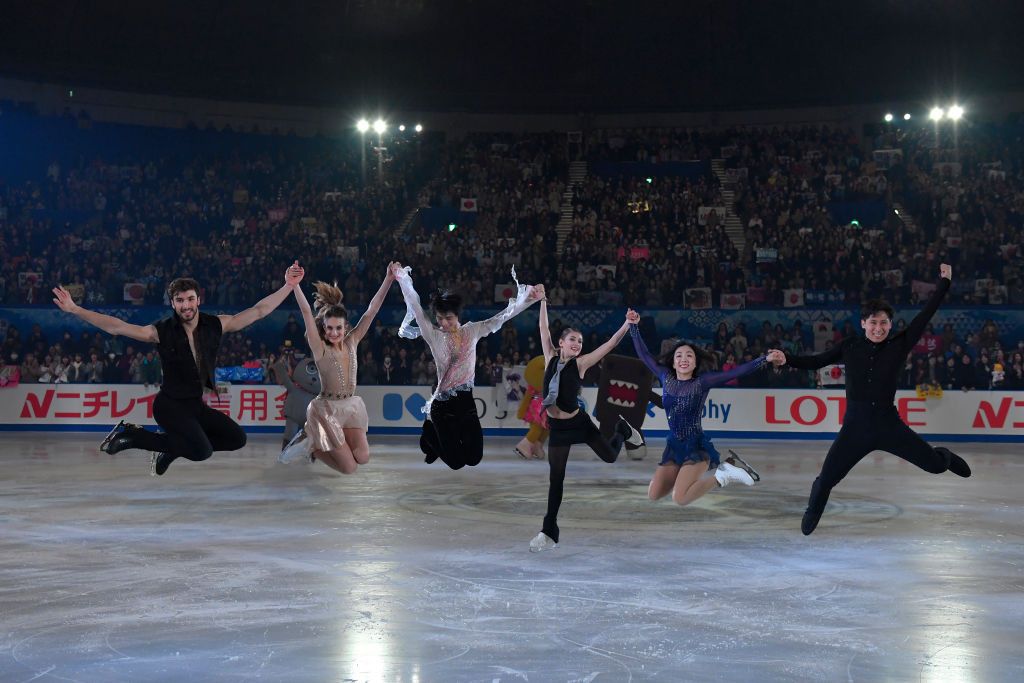 The International Skating Union (ISU) Grand Prix of Figure Skating Final is set to take place in Turin over the coming four days, bringing an end to six weeks of competition around the globe.

A total of 142 skaters/couples from 24 countries competed at Skate America in Las Vegas, Skate Canada in Kelowna, Internationaux de France in Grenoble, the Shiseido Cup of China in Chongqing, the Rostelecom Cup in Russia's capital Moscow and the NHK Trophy in Japanese city Sapporo.

Only the best six skaters/couples in each discipline earned a ticket to Turin, where competition will be held at Torino Palavela through to Sunday (December 8).

Olympic champion Hanyu triumphed at Skate Canada and the NHK Trophy, achieving a new record score in the free skating in Kelowna with 212.99 points, as well as with the total score of 322.59.

World champion Chen, who won in Las Vegas and Grenoble, comes with a season's best of 299.09 points to the Final.

China's Jin Boyang returns to the Final after competing in it once before three years ago.

The two-time world bronze medallist took gold at his home event in China and finished sixth at Skate America.

Three men made it to the Final for the first time.

Russia's Alexander Samarin qualified with gold from Russia and silver from France, while compatriot Dmitri Aliev advanced with a silver from the Rostelecom Cup and bronze from Skate America, and France's Kévin Aymoz collected the silver at the NHK Trophy and the bronze at Internationaux de France to secure his spot.

The substitutes are Canada's Nam Nguyen, the US' Jason Brown and Japan's Keiji Tanaka.

Three young Russian women stormed from the junior ranks onto the senior stage to take two ISU Grand Prix of Figure Skating gold medals each on their way to the Final.

Alena Kostornaia won in France and Japan, Alexandra Trusova topped the podium in Canada and Russia, and Anna Shcherbakova took gold in the US and China.

Kostornaia set a new highest short programme score of 85.04 points at the NHK Trophy and has a season's best of 240.00.

Trusova, who is the first female skater to land three quadruple jumps in one programme, posted a record score in the free skating and overall, with 166.62 and 241.02 points, respectively.

Shcherbakova, meanwhile, has a season's best of 227.76 points.

Defending champion Rika Kihira of Japan claimed silver in Kelowna and Sapporo to return to the Final.

Last year's silver medalist Alina Zagitova of Russia picked up a silver and a bronze medal to book her ticket to Italy.

The US' Bradie Tennell, who ranked second and fourth in her two events, will compete in her first ISU Grand Prix of Figure Skating Final.

Olympic pairs silver medalists Sui Wenjing and Han Cong of China celebrated two confident wins at the Shiseido Cup and the NHK Trophy and come with a season's best of 228.37 points to Italy.

They return to the Final after sitting out the ISU Grand Prix season a year ago.

Emerging stars Aleksandra Boikova and Dmitrii Kozlovskii of Russia won their two events in Canada and Russia as well, and are eager to challenge the reigning world champions in what will be their first senior-level Final.

Last year's silver medalists Peng Cheng and Jin Yang of China collected gold in Las Vegas and silver in Chongqing, while Russia's Daria Pavliuchenko and Denis Khodykin come back to the Final with two silvers.

In ice dance, four-time world champions Gabriella Papadakis and Guillaume Cizeron of France have continued pushing the limits in the ISU Grand Prix series by setting new highest scores in the rhythm dance, becoming the first to break the 90 points barrier, and free dance to accumulate a total of 226.61 points.

The Olympic silver medallists picked up the gold at Internationaux de France and the NHK Trophy and return to the Final.

They missed it last year as they withdrew from their second event.

World silver medallists Victoria Sinitsina and Nikita Katsalapov of Russia struck gold in Chongqing and Moscow also, and travel with a season's best of 212.15 points.

Defending champions Madison Hubbell and Zachary Donohue of the US and Canada's Piper Gilles and Paul Poirier claimed a gold and a silver on the circuit.