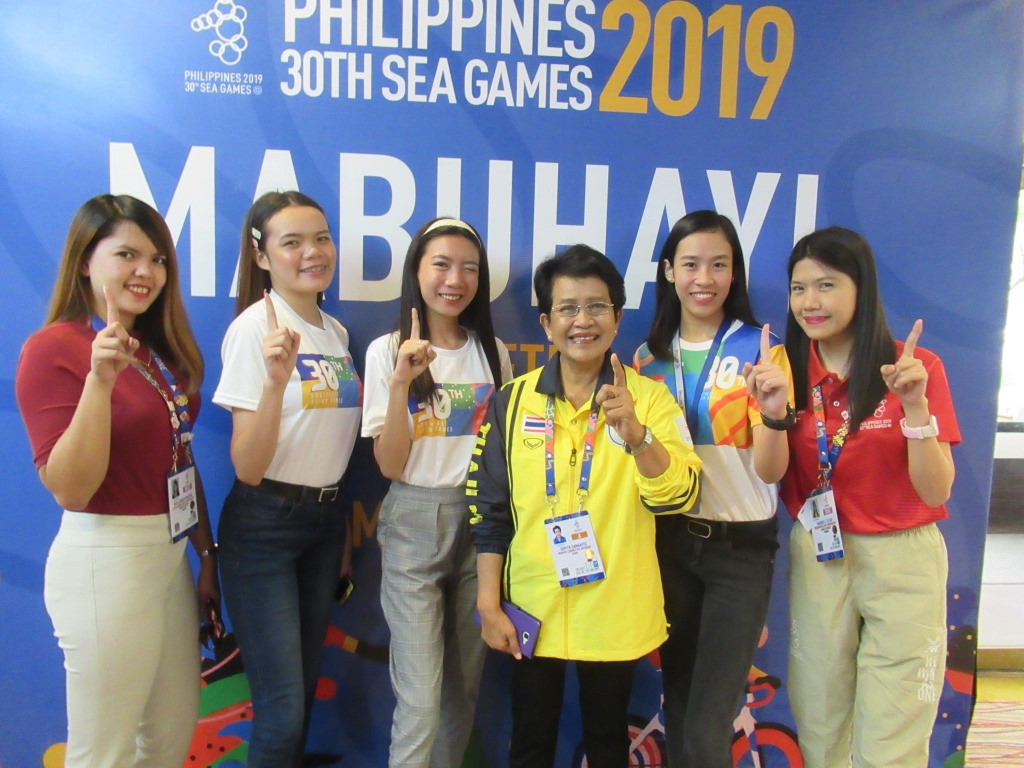 High-ranking Thai official Supitr Samahito is "very happy" to see the percentage of female athletes in delegations at the ongoing Southeast Asian (SEA) Games in the Philippines.

Samahito, vice-president of the National Olympic Committee (NOC) of Thailand and a member of the Olympic Council of Asia (OCA) Women and Sports Committee, is dedicated to the advancement of women in sport, from female athletes under the spotlight to administrators behind the scenes and leaders of the Olympic Movement.

She is impressed by what she sees at all levels within the 11 NOCs of the Southeast Asia region.

"I am very happy to see the percentage of female athletes in the delegations," Samahito said.

"We have 49 per cent females in the Thai team and the average for all teams is between 43 and 45 per cent.

"Everyone is striving for 50 per cent in accordance with the message of the IOC (International Olympic Committee) President, Thomas Bach, and this is coming much closer."

Samahito is also director of the Thailand Olympic Academy and a professor in the faculty of sports science at Kasetsart University in Bangkok.

One of her missions is to advise and encourage NOCs to promote the advancement of women in sport and she was delighted at the response to a recent seminar in Cambodia.

"There were 60 female leaders from Cambodia and we spoke about sports history and the organisation of the Olympic Movement," Samahito said.

"The participants were from four main groups: education, sports science, athletes and Olympians, and referees/judges and administrators."

She added: "I gave them challenging questions on how to utilise female staff in their organisations and they were very enthusiastic about this.

"I was very happy and proud with the response."

The level of performance of female athletes in the SEA Games is also improving, according to Samahito.

"You can see this in Olympic sports such as taekwondo and volleyball and in more regional sports like pencak silat," she said.

"The Thai women are strong at volleyball, but you can see the improvement of teams like Vietnam, Philippines and Myanmar."

Regarding the presence of women in decision-making roles within the NOCs and sports organisations, Samahito believes they have a lot to offer.

"In the SEA region, this is getting better and better," she added.

"In terms of negotiations, females have the patience to do this better.

"They work hard and show good commitment and, in terms of governance, we try to follow the policy and vision and mission of the IOC and OCA."

The Philippines is hosting the 30th edition of the SEA Games, with competition due to conclude on December 11.