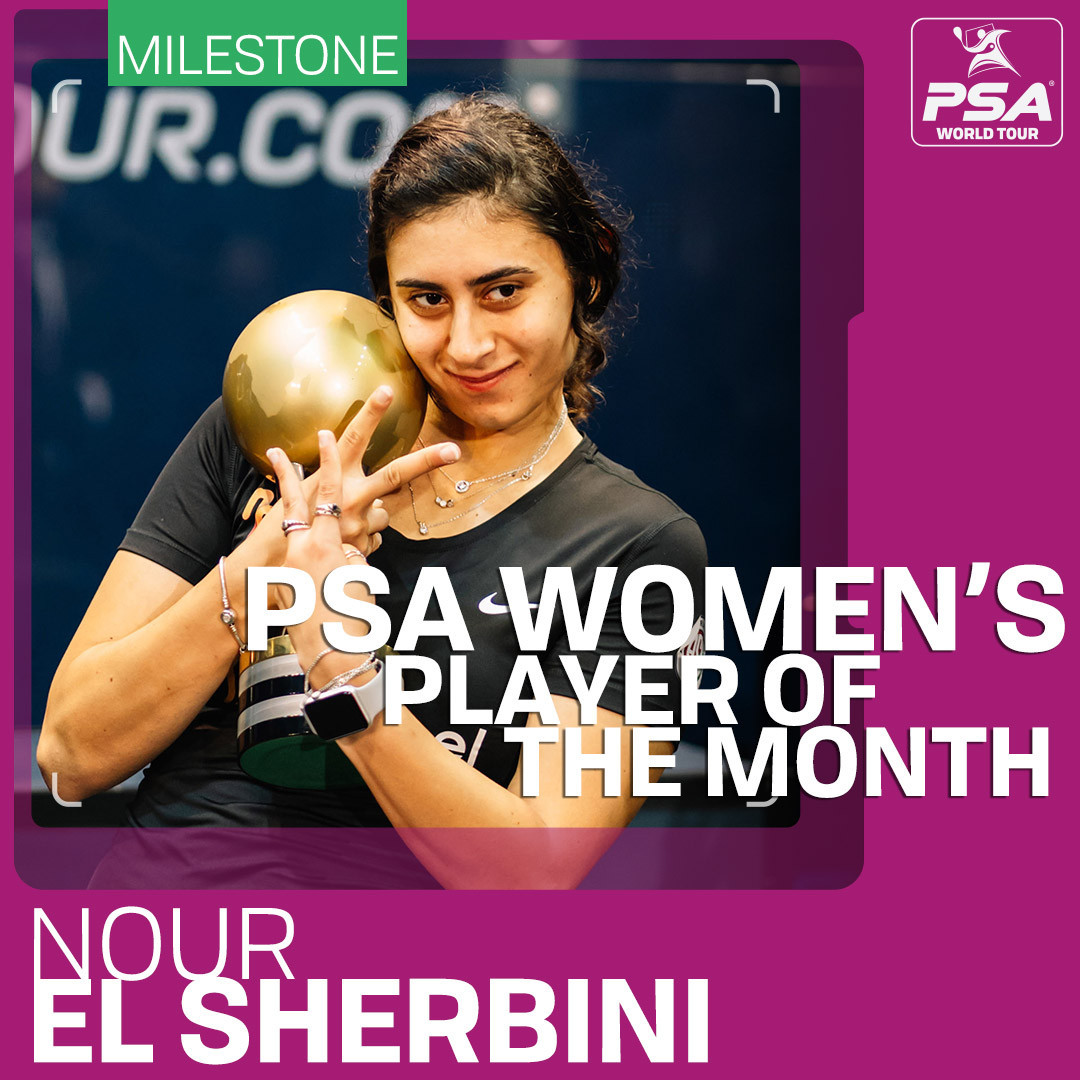 Egyptians Nour El Sherbini and Tarek Momen have been named Professional Squash Association Players of the Month for November, after both tasted World Championship glory.

It was especially sweet for El Sherbini, nicknamed "Warrior Princess", as the final was played on her 24th birthday.

She defended the title she won at the previous edition in Chicago, claiming victory in 41 minutes.

He improved from his runner-up finish at the last World Championships with his 39-minute success.

The Egyptian had been beaten in the final of all three major events he entered prior to Qatar.

As world number one, El Weilly has previously won the world title, both husband and wife having risen to the top of the sport.