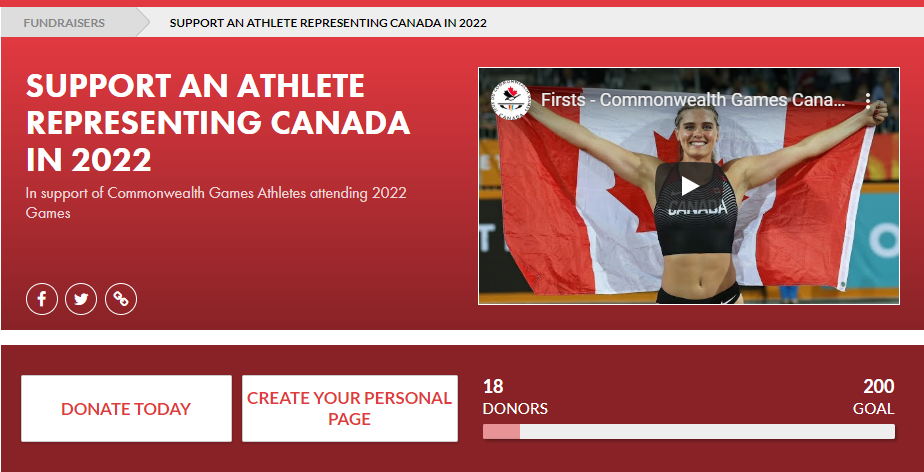 Commonwealth Games Canada (CGC) have launched a programme to help sponsor an athlete as they seek to compete at Birmingham 2022.

CGC require support to send a full team to compete beyond the 2022 Commonwealth Games, due to cumulative effects of Government funding cuts since 2011.

Around 280 athletes is considered by the CGC to be a full team.

Around 80 per cent of Canada's medals at the Summer Olympics come from athletes who previously competed at the Commonwealth Games.

Make sure Canada CAN compete at future Commonwealth Games.

"Commonwealth Games Canada funding was cut from three million dollars to under a million.

"And for the first time since the 1970s, some of Canada's Commonwealth athletes had to pay their own way.

"Without additional Government or private funding, 2022 could be the last time Canada sends a full complement of athletes to the Commonwealth Games.

"No more firsts, no more trips to the podium."

Canada sent a team of 282 athletes in 17 sports to the Gold Coast 2018 Commonwealth Games.

The Canadian team finished fourth on the overall medals table at the Games, securing a total of 82 medals.