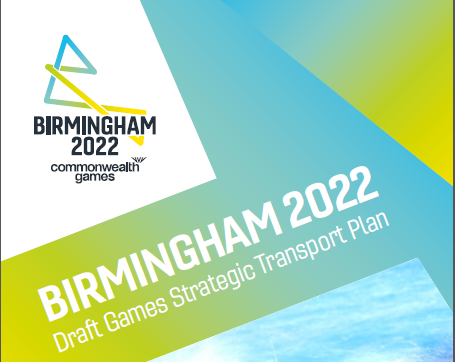 The plan is aimed at outlining the approach to the provision and management of transport services during the Games.

This includes plans of how existing demand during the Games can be managed, minimising disruption to local people and businesses.

Around one million visitors are expected to travel to the region during the Games, according to organisers.

Over 12,000 athletes, Games Family and media are anticipated to attend the Games, using both training and competition venues.

The document was produced by the transport arm of the West Midlands Combined Authority and TfWM in collaboration with Birmingham City Council and Birmingham 2022.

TfWM has worked with local authorities and key transport partners including central Government, Network Rail and Highways England on the proposal.

The document is claimed to outline the principles that will guide the decision-making process during operational planning, which will take place in 2020 and 2021.

This stage will determine the key roads used to link venues as "Games routes" and plans for how spectators and athletes will travel during the Games.

Five principles are outlined in the plan, including minimal disruption and long-term benefits to everyday users, safe, secure, reliable and efficient transport, and access for all.

A public transport Games has also been outlined as a principle, ensuring the event is "clean and green".

Themes of investment in infrastructure, provision of temporary additional services and effective use of the network are outlined in the document.

Transport upgrades have been promised, including the delivery of seven sprint bus rapid transit routes.

The first phase will consist of three routes to serve Games venues.

Improvements to the West Midlands Metro have also been outlined, with the extension of Metro7 to Centenary Square, Five Ways and Edgbaston by 2022 to support operations during the Games.

An interchange programme is also expected to complete a new train, tram and bus interchange, improving links between Birmingham and the Black Country.

During the Commonwealth Games, park-and-ride schemes are set to be in operation, along with dedicated bus shuttle services.

The deadline for the public to submit comments is Friday (December 6).

The TfWM will report on comments received next year and review whether any changes require an updated plan to be produced.

The draft strategic plan can be accessed here b2022-draft-games-strategic-transport-plan_sp.pdf

Submissions can be made here.