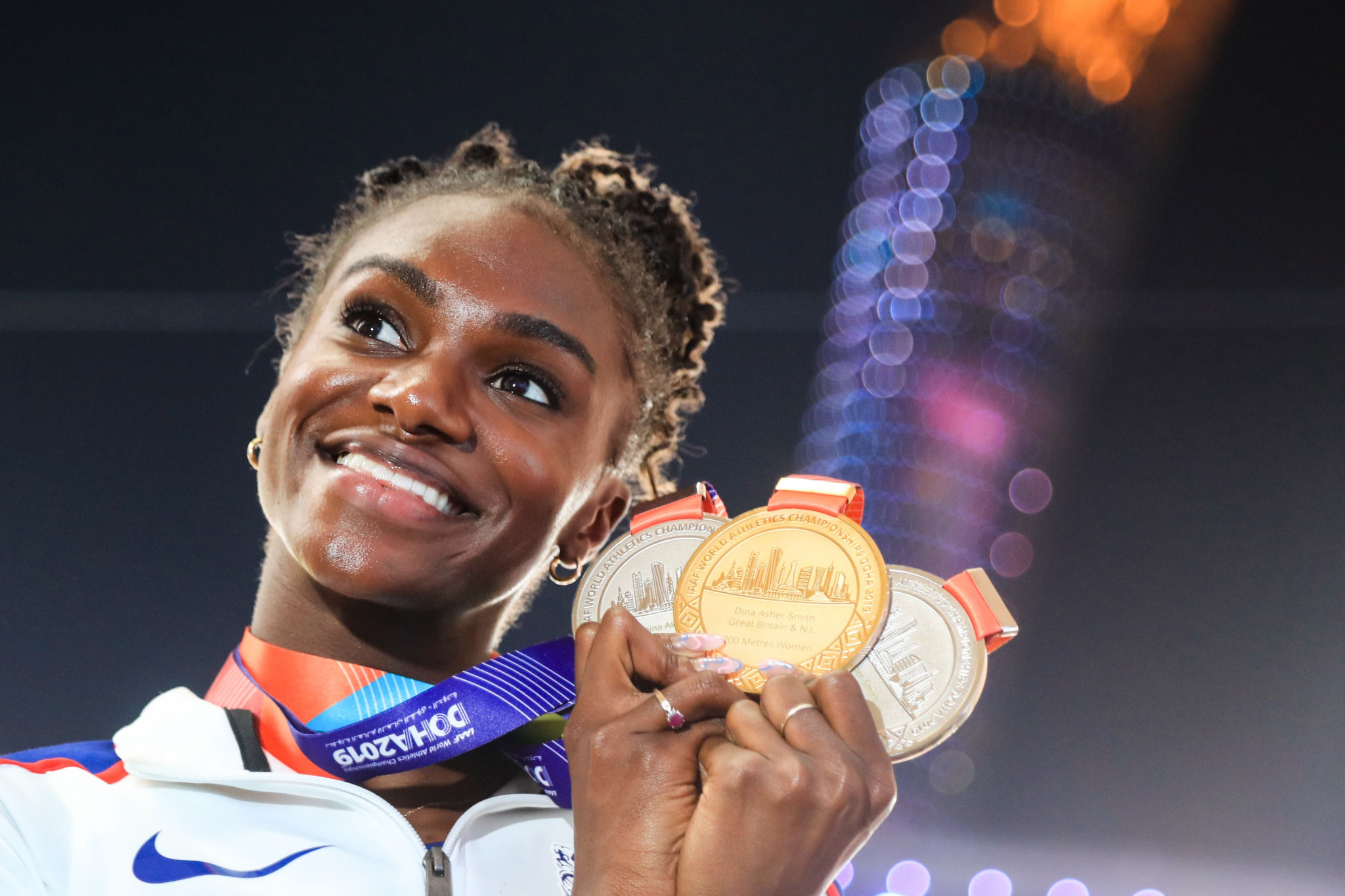 A total of 68 athletes have been offered membership to the British Athletics Olympic World Class Programme (WCP) next year, as the countdown to Tokyo 2020 continues.

Dina Asher-Smith and Katarina Johnson-Thompson are among the athletes to receive the top tier "Olympic podium" funding, after winning gold at the World Athletics Championships in Doha.

Johnson-Thompson triumphed in the women's heptathlon at the World Championships.

The duo are among 16 athletes to receive Olympic podium funding, which includes Sir Mo Farah after his decision to switch from the marathon back to the track as he seeks a third consecutive Olympic 10,000m title at Tokyo 2020.

Gemili only had relay level support in 2019, but finished in fourth place in the men's 200m final in Doha.

Jake Wightman and Tom Bosworth, who finished fifth and seventh in the men's 1500m and 20km race walk, respectively, have moved up to the top level of funding.

They had previously been on the Olympic Podium Potential level, but have seen their World Championships performances rewarded.

A total of 29 athletes have been awarded Olympic Podium Potential funding for 2020, with a further 23 receiving Olympic Relays support.

British Athletics say 10 new athletes have been added to the WCP for the forthcoming year in total, with seven receiving Olympic Podium Potential funding.

This includes world 1,500m finalist and British champion Neil Gourley, as well as triple jumper Ben Williams, who added 54 centimetres onto his lifetime best across the course of the season to end 2019 seventh on the UK all-time list with 17.27m.

The British Athletics WCP is UK Sport's National Lottery-funded initiative to support the delivery of success at the Olympic and Paralympic Games.

Membership for 2020 is based upon an athlete's potential to win a medal at either the Tokyo 2020 or Paris 2024 Olympic Games.

Athletes can choose not to accept membership to the WCP.

Shot putter Sophie Mckinna announced she had turned down funding, as she was unwilling to change her preparations at a late stage, which may impact performance at Tokyo 2020.

Endurance athletes and the British Athletics Futures Programme will be announced separately, while the late staging of this year's World Para Athletics Championships will see Paralympic funding announced at the start of 2020.