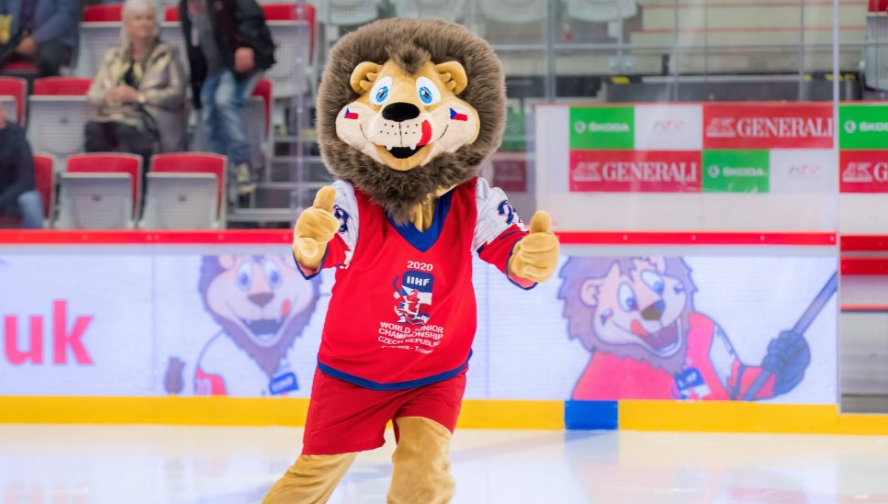 Two lions named Tuk and Puk have been unveiled as mascots of the 2020 International Ice Hockey Federation (IIHF) World Junior Championship in the Czech Republic.

Both will wear jerseys with the number 20 on the back for the boys' youth event in Ostrava and Trinec.

Czech ice hockey has already been using the pair as mascots of their national teams.

They have been given a more "modern look" for the World Junior Championship and were selected after fans voted in an online poll.

Tuk and Puk follow in the footsteps of rabbits Bob and Bobek, who entertained supporters when the Czech Republic hosted the IIHF Men's World Championship in Prague and Ostrava in 2015.

"The lion is inherently connected with Czech hockey," said Marketa Sterbova, the general secretary of the Organising Committee.

"Mascots are not that typical for the World Juniors.

"However, we certainly wanted the mascot thanks to the very positive experience of the IIHF Ice Hockey World Championship in 2015.

"We had proven that a pair of mascots is attractive for various graphics and animations for television broadcasts and their interaction with spectators in the stands is much stronger."

The 2020 World Junior Championship will begin on December 26 this year, and end on January 5.

Matches will be shared between the Ostravar Aréna and Trinec's Werk Arena.

Finland are the defending champions.