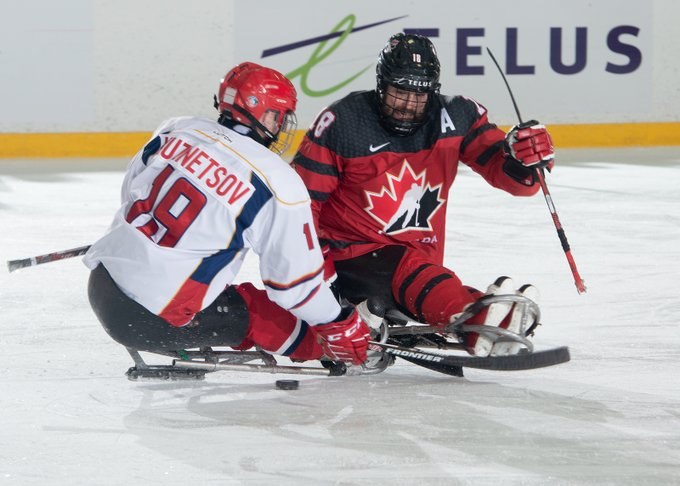 Russia overcame hosts Canada in a penalty shootout as the round-robin stage of the Para Hockey Cup continued in Newfoundland.

The Canadian team were looking to move closer to a top-two spot in the four-team group, after winning their opening match against the Czech Republic.

Their hopes were boosted in the second period, when Tyler McGregor scored the opening goal of the contest at the Paradise Double Ice Complex.

An equaliser from Nikolai Terenter and a powerplay strike by Airat Khamzin saw Russia turn the match around, as they looked to bounce back from defeat to the United States.

McGregor responded for the hosts late in the third period to level the match 2-2 and force an overtime period.

Neither side were able to find the net during overtime, with a shootout required to decide the tie.

McGregor and Liam Hickey missed for Canada, with Dmitrii Lisov and Khamzin scoring for Russia to give them a 3-2 victory.

Defending champions America cruised to their second win of the tournament, as the World Championship gold medallists beat the Czech Republic 8-0.

A hat-trick from Jack Wallace helped the US pull away from their opponents, with Josh Pauls also scoring twice.

The US will aim for a third straight victory when they are due to face Canada tomorrow, while Russia take on the Czech Republic.

All four teams will qualify for the semi-finals, with the group winners facing the fourth-placed team.

The gold- and bronze-medal matches are scheduled to take place on Saturday (December 7).

The US are seeking to win a sixth consecutive Para Hockey Cup title.