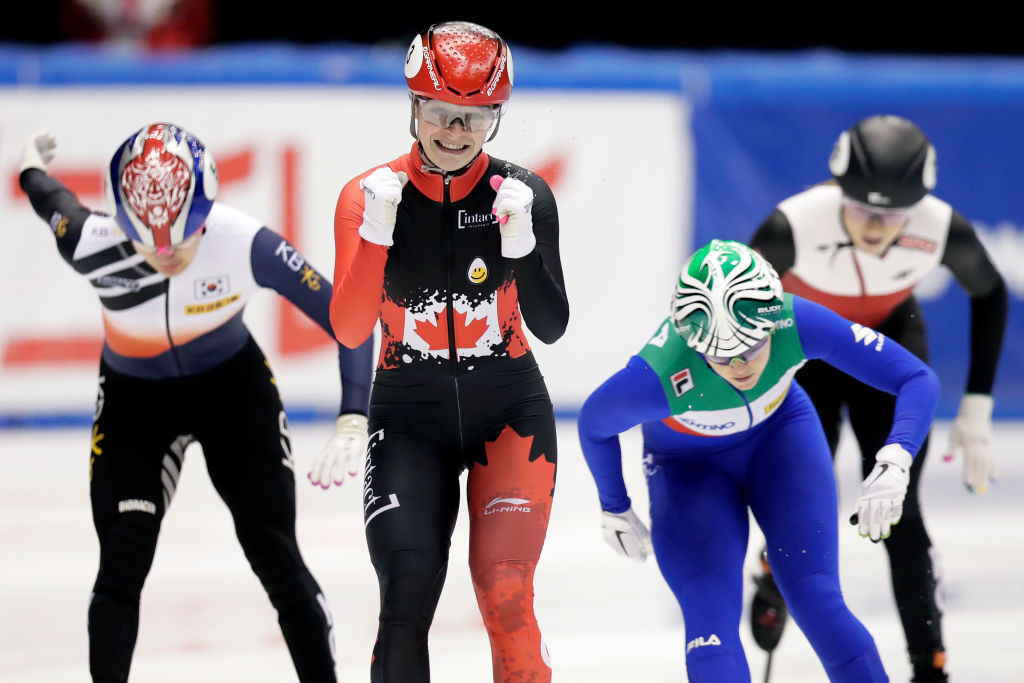 Canada’s Kim Boutin maintained her winning start to the International Skating Union’s World Cup Short Track season as she earned her third successive 500 metres title, leading from start to finish on the first of the tour’s two Asian legs in Nagoya.

Her performance in the Nippon Gaishi Arena came on a day that also yielded a breakthrough gold medal for Hungary’s Shaoang Liu, another victory for South Korea’s Park Ji Won and a return to form for Dutch world number one Suzanne Schulting.

After winning gold in the World Cup 500m event in Salt Lake City, then setting a world record to win in Montreal, Boutin was far too good for the field today.

"That was perfect,” said the 24-year-old Canadian,

"I tried to be smooth and really control the race and I think it worked for me."

Shanghai is next on the ISU World Cup Short Track circuit - due to start on Friday (December 6) - and Boutin has more gold in her sights.

"It’s great ice and I have a lot of things to work on and I’m very excited for the next competition," she said.

There was an even more dominant performance in the men’s 500m final in Nagoya, with Hungary’s Liu earning himself such an advantage by the final turn that he had time to clap his hands together and clench his fists in celebration before he crossed the line.

Pavel Sitnikov of Russia won the silver medal and Park In Wook won the bronze medal for South Korea.

"This is my first gold from the 500m, so I’m pretty happy for that," Liu, a member of the Hungarian squad that won the Olympic gold medal in the 5000m relay at Pyeongchang 2018, said.

"I think the first two World Cups didn’t go really well, so it was a big plus for me to win this and yesterday the silver medal [men’s 1000m].”

The winner of that men’s 1000m final yesterday, Park Ji Won, earned another gold for the weekend by winning the 1500m today.

Park took the lead with little more than a lap to go and was successfully clear of the carnage that occurred on the final turn and left China’s An Kai, Canada’s Steven Dubois and Japan’s Kazuki Yoshinaga in a pile against the barriers.

🥇 🇨🇳 It's a golden end to the weekend in Nagoya for China as they win the Men's 5000m Relay ahead of Korea and Russia. 👏

With four laps to go, Schulting put some heat in the race and by the last two laps she had the lead.

"Yesterday I came second in the 1000m and it was my first loss at the 1000m in the final that I actually skated.

"Of course I was a little disappointed so I wanted to do it right today and gold was the only thing that matters today."

China had to wait until the final medal race of the weekend in Nagoya to claim a gold, winning the Men’s 5000m Relay ahead of silver medallists South Korea and bronze-medal winners Russia.

In the womne's’ 3000m relay, Italy took top spot after South Korea were penalised, allowing Canada to win the silver medal and Russia the bronze.