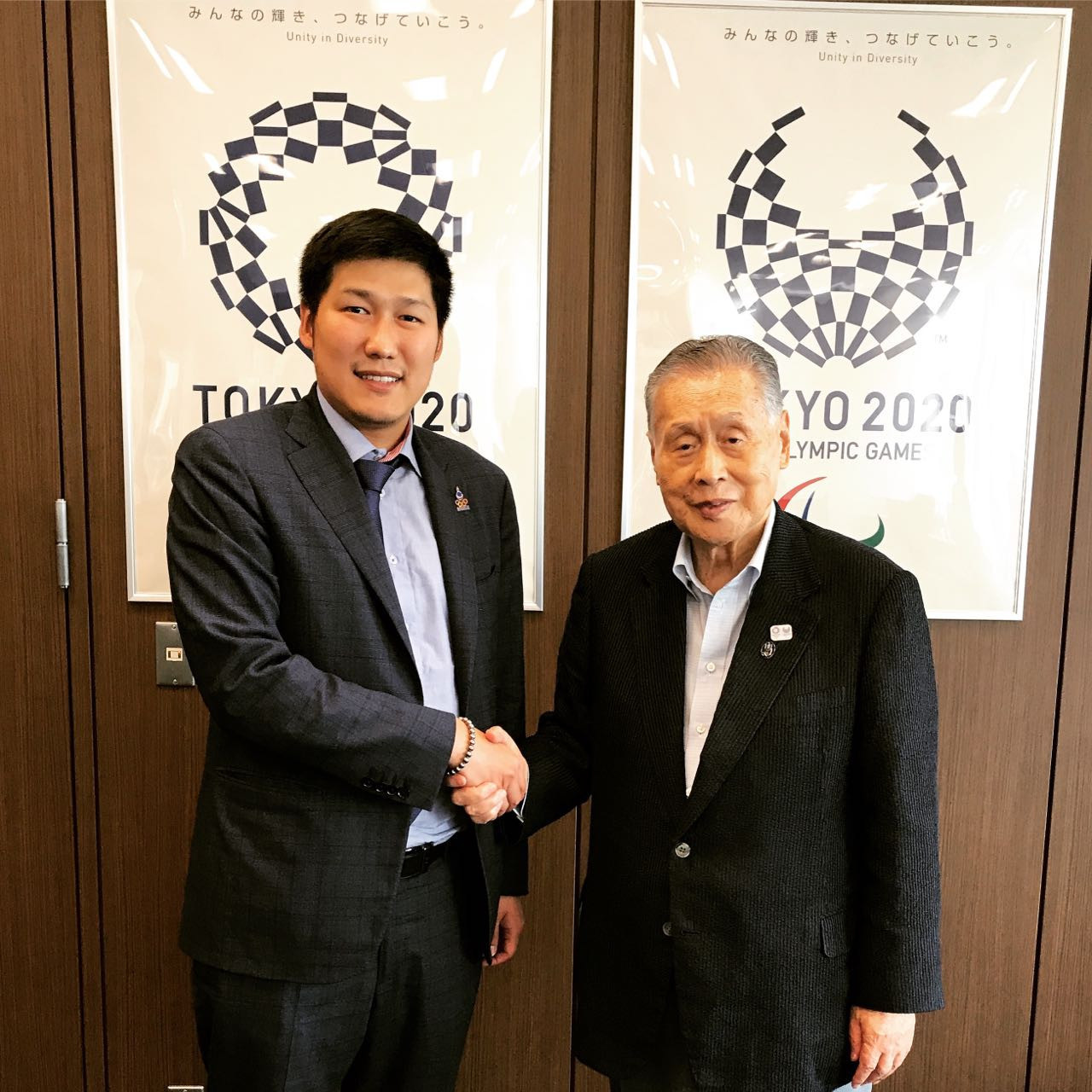 Mongolia is to launch its own Olympic hospitality house for the first time at Tokyo 2020 next year, it has been revealed.

The plan has been initiated by Battushig Batbold, the Acting President of the Mongolian National Olympic Committee, who has identified a site next to the Tokyo Tower as its location.

Tokyo Tower is an Eiffel Tower-inspired lattice tower and, as the second tallest structure in Japan, is a landmark in the capital.

The idea is also supported by Hakuhō Shō, one of Japan's best-known and most successful sumo wrestlers who was born in Mongolia.

Bathold has held talks with Tokyo 2020 President Yoshirō Mori to present his plan.

He got the idea after visiting USA House during the Winter Olympic Games in Pyeongchang last year.

Batbold visited USA House with Angela Ruggiero, the American who was the former chair of the International Olympic Committee (IOC) Athletes' Commission, who he studied with at Harvard Business School.

"Angela invited us to the USA House during the Pyeongchang Winter Games where she introduced us to the American athletes and sports officials," Batbold, who is also due to be Mongolia's Chef de Mission during Tokyo 2020, said.

"The USA house held a big event where President of IOC, Thomas Bach, attended as well.

"We also visited the Japan House set up at the Pyeongchang Winter Games.

"Setting up a country house is not only a name card of your nation where you introduce the athletes and host many guests, but it's also a big promotion of your country to the world.

"Therefore, in 2018, I met with the Ambassador of Mongolia to Japan Mr. Batjargal [Dambadarjaa] and the President of the Japanese Olympic Committee regarding building a Mongolia House during the Tokyo Games.

"Our Ambassador supported this idea and looked into many locations.

"We are currently finalising on the location next to Tokyo Tower."

Batbold is confident Mongolia House will help raise the profile of a country sandwiched between Russia to the north and China to the south and which is the 18th largest country in the world but is the most sparsely populated sovereign state on the planet.

"Once we have the agreement finalised, we will work to build a Mongol House and promote our country," Batbold said.

"Yokozuna [the highest rank in sumo] Hakuho also supports this idea and Mongolian sumo wrestlers will come to the Mongol House to promote Mongolia.

"If we build a Mongolia house in Tokyo, it would be I believe almost as effective as the big international media groups, as it would attract their interest."

Mongolia made their debut in the Olympics at Tokyo 1964 - the last occasion the Japanese hosted the event - and have appeared in every Games since with the exception of Los Angeles 1984 when they joined the boycott led by the Soviet Union.

The country has so far won a total of 26 medals, including two gold, both of which came at Beijing 2008 when Naidangiin Tüvshinbayar won the men's over-100 kilometres in the judo and boxer Enkhbatyn Badar-Uugan triumphed in the bantamweight division.

At the last Olympic Games in Rio de Janeiro in 2016, Mongolia sent a team of 43 athletes who competed in nine sports.

They won a total of two medals, a silver in the women's judo for Dorjsürengiin Sumiyaa in the under-57kg category and bronze for boxer Dorjnyambuugiin Otgondalai in the men's lightweight division.