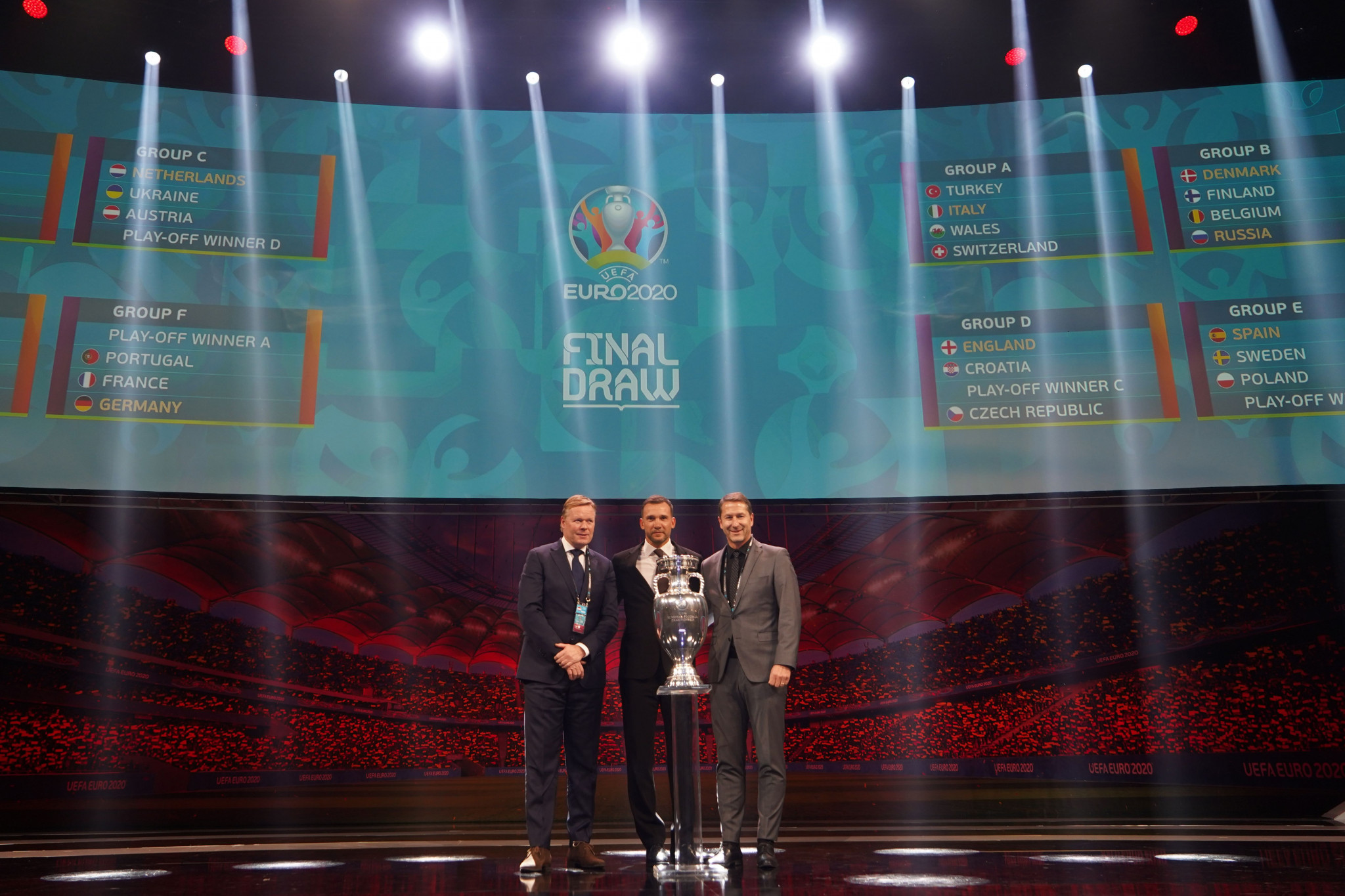 Specific match tickets for UEFA Euro 2020 are due to go on sale for fans in the 20 countries which have already qualified on Wednesday (December 4), after the group stage draw was held.

It follows the opening ticket sales phase earlier this year where 19.3 million requests were made for 1.5 million tickets on offer.

The latest ticket window will open at 2pm CET on Wednesday and fans will have until the same time on December 18 to buy theirs.

Four countries will complete the tournament line-up through playoffs in March, with supporters from these nations able to buy their tickets shortly afterwards.

More than three million tickets will be available in all for the tournament, which is being held in 12 cities across Europe for the first time instead of one or two host nations.

UEFA revealed that more than half of the tickets for all games would be made available at the cheapest price category, starting at €30 (£25/$33) in Baku, Bucharest and Budapest and €50 (£42/$55) in the other host cities - London, Munich, Rome, Saint Petersburg, Amsterdam, Bilbao, Glasgow, Dublin and Copenhagen.

Another public ballot for fans who do not follow a specific team will also open on Wednesday.

The event is being held across Europe to celebrate 60 years of the tournament.

Both semi-finals and the final will be held at London's Wembley Stadium.

The draw produced a group of death with reigning champions Portugal, world champions France and Germany all placed together in Group F.

They will be joined by a playoff winner.

Turkey, Italy, Wales and Switzerland will meet in Group A while Group B features Denmark, Finland, Belgium and Russia.

Spain, Sweden, Poland and a play-off winner will meet in Group E with the top two in each group and four third-placed teams going through to the last 16.