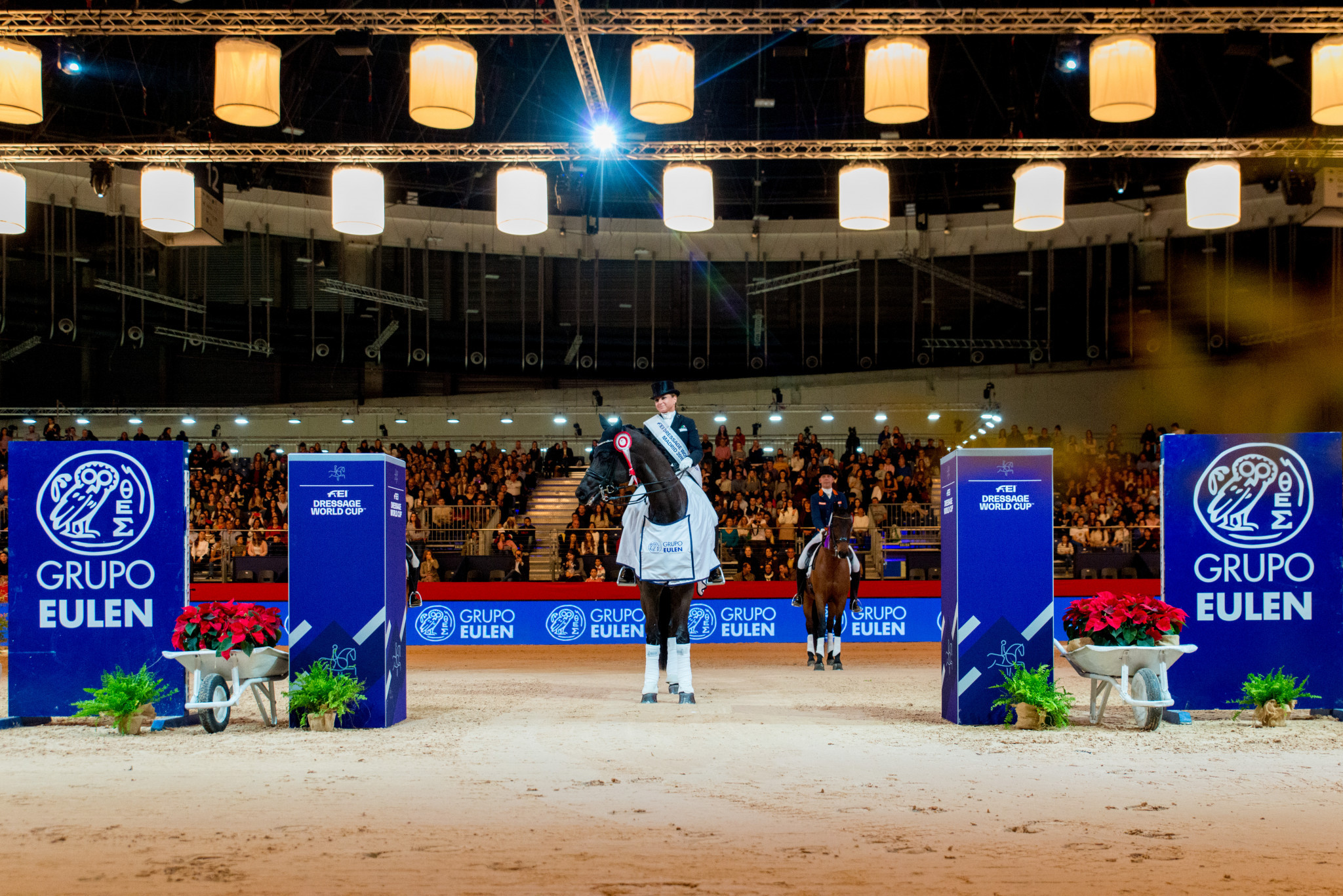 Her success was the third consecutive German win at a Western European League event this season.

She followed in the footsteps of Lyon winner Isabell Werth and Stuttgart champion Jessica von Bredow-Werndl with a score of 82.295 at Paseo de la Habana in the Spanish capital.

"I've known him so very long now, I've been riding him for five years and he has a lot of his own ideas about how we should be doing things," said Schneider, a reigning Olympic, world and European champion in team dressage.

"But that's one of the reasons I love him - he has so much character, we have a great feeling together and he just keeps getting better all the time."

Riders around the world are bidding to reach the 2020 Dressage World Cup Final in Las Vegas, with the top nine from the Western European League qualifying.

Minderhoud currently tops the pile on 58 points, with Germans Von Bredow-Werndl and Frederic Wandres tied for second on 48.

Schneider has now moved up to seventh on 35 points, but only two Germans can qualify alongside defending champion Werth.

The season continues in Salzburg on Saturday (December 7).