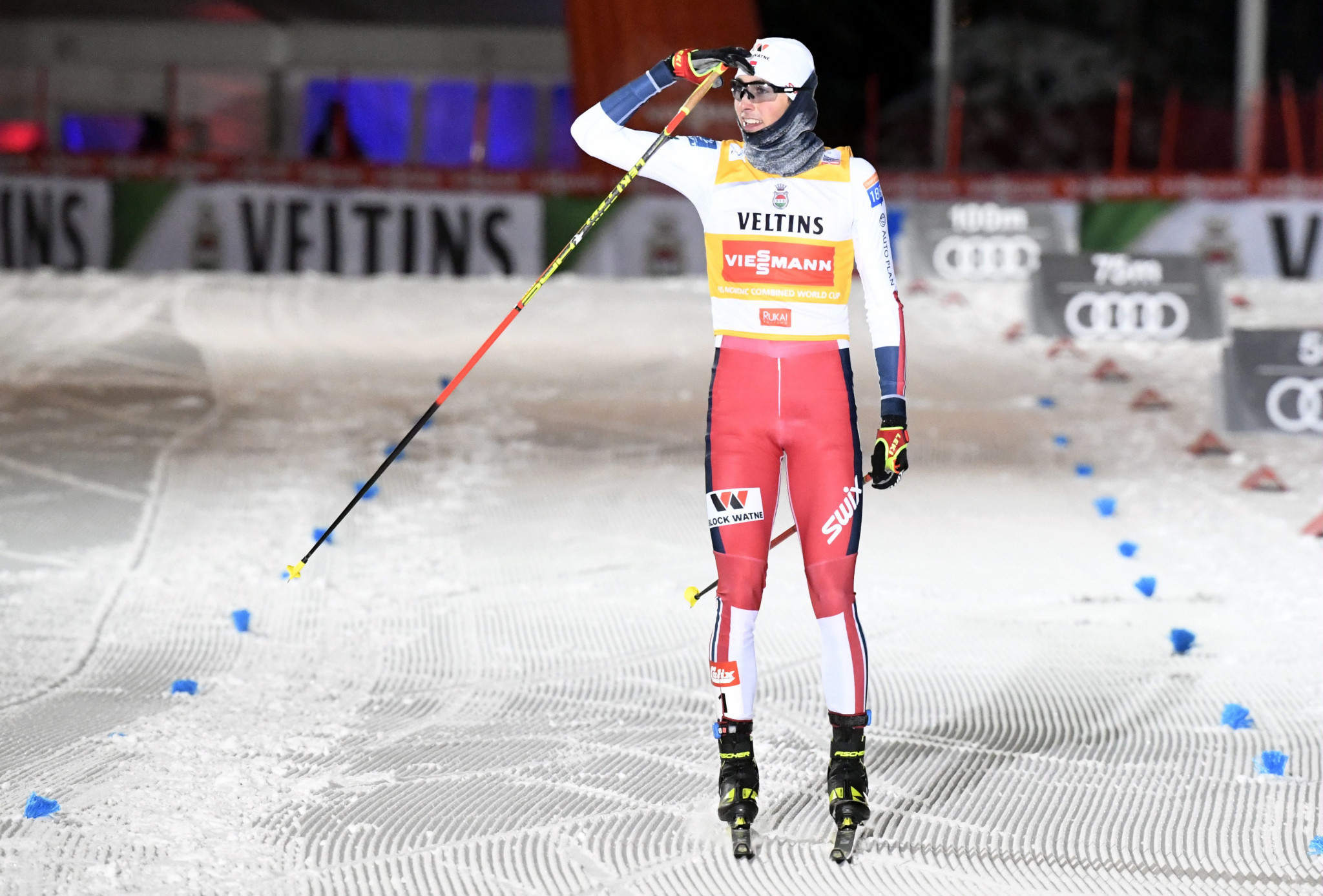 Riiber began the defence of his Ruka Triple and World Cup titles with victory in the season opener yesterday.

The 22-year-old again topped the ski jumping standings with a score of 133.2 points.

Team mate Espen Bjørnstad again proved the nearest challenger in the discipline, on 130.5.

The score saw Bjørnstad start the cross-country event 11 seconds behind the leader.

Riiber would extend his advantage throughout the 10-kilometre distance to finish in a winning time of 26min 12.7sec.

Germany's Vinzenz Geiger produced the second-fastest cross-country time to rise up the standings.

He finished runner-up and was 48.8 seconds off the pace, following a dramatic finish against Norway's Jens Lurås Oftebro.

A photo-finish determined Geiger had crossed the line 0.01 second clear of his rival, with Oftebro forced to settle for third place.

Bjørnstad dropped back during the cross-country event, leaving him off the podium places by six seconds.

The Ruka Triple concludes tomorrow, with Riiber appearing set to defend his title.