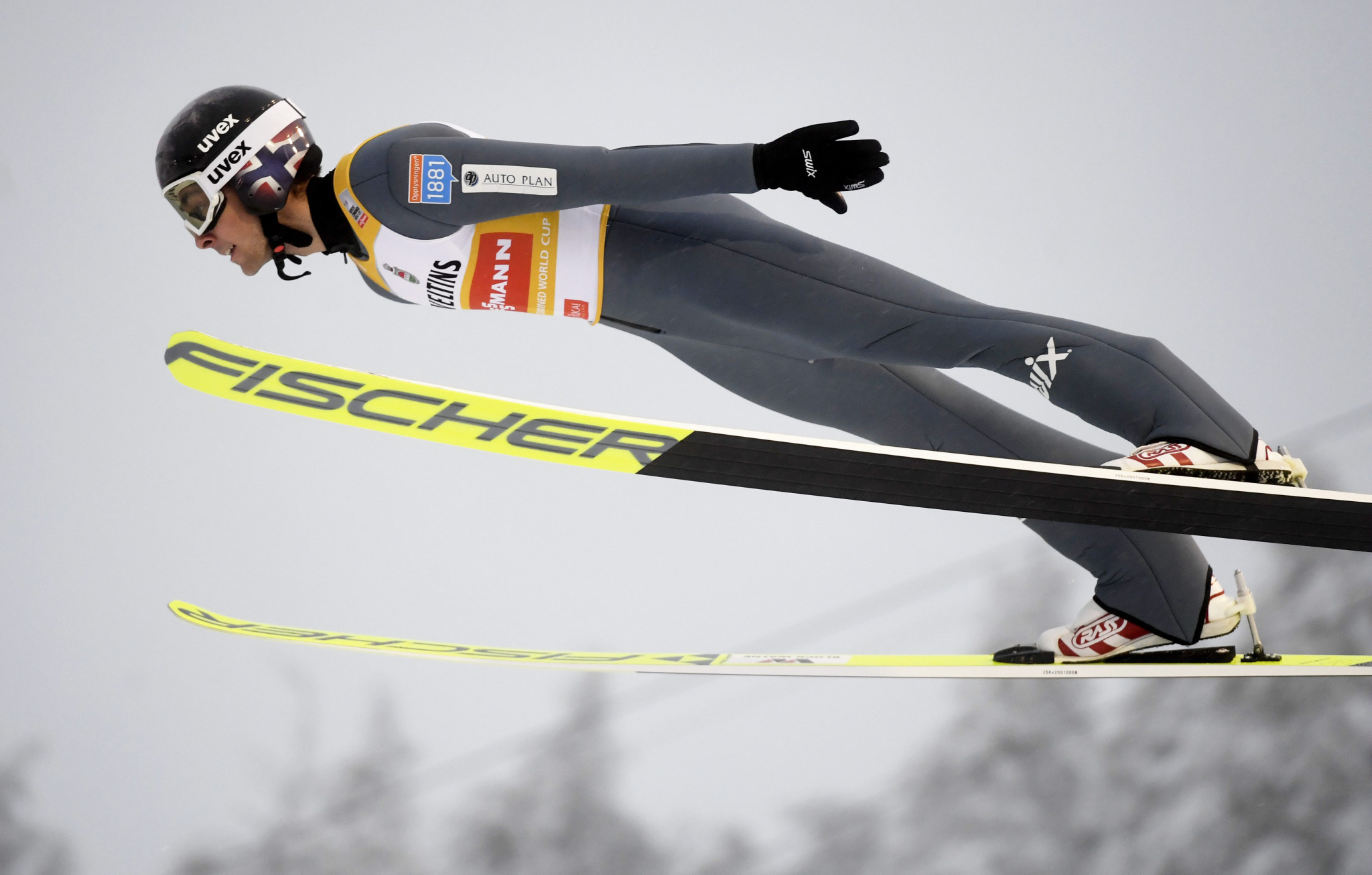 Victory at the Ruka Triple had set up Riiber's superb season and he began impressively in his attempt to defend the title.

Riiber led the standings after the large hill ski jump by achieving a total of 155.5 points, following a jump of 140.5 metres.

He headed into the five-kilometre cross-country section with a 28-second advantage over compatriot Espen Bjørnstad.

Riiber completed the cross-country event in a time of 13min 30.7sec to top the first podium of the new season.

Bjørnstad drifted further away from his team mate, but held on to secure second place, as he ended 53.3 seconds down.

Oftebro was able to celebrate his first top-three finish at a Nordic Skiing World Cup event.

Norway's dominance continued with Joergen Grabaak placing fourth, while Germany's Fabian Riessle was the best of the rest in fifth position.

The second event of the Nordic Triple is tomorrow, with a large hill ski jump and 10km cross-country competition.

The competition concludes on Sunday (December 1).