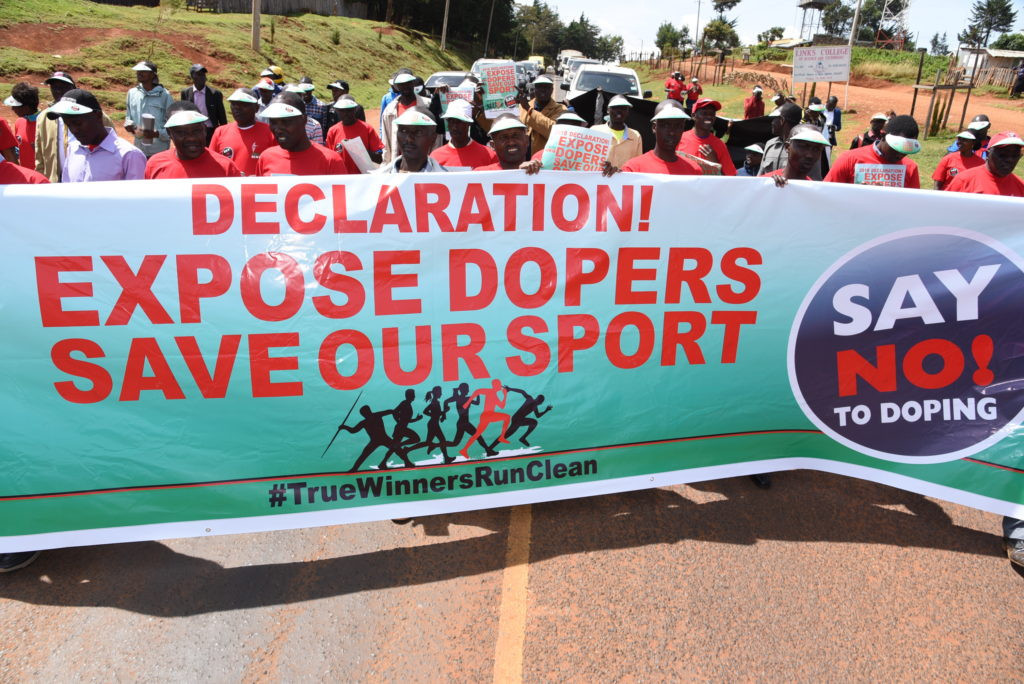 Next week's Athletics Kenya Conference will be attended by representatives of the Athletics Integrity Unit (AIU), which will specifically deal with doping matters.

The Conference, due to take place from December 4 to 7, comes at an extremely tumultuous time for Athletics Kenya, which has seen a succession of its top runners implicated in doping scandals.

More than 300 athletes are expected to converge on Sirikwa Hotel in Eldoret for the second edition of the event.

Themed "I choose Integrity", it will see a marathon and road runners' doping session held on the opening day prior to the main three-day Athletes' Annual Conference, featuring track and field stars.

The Conference is mandatory for the invited athletes to attend, with Athletics Kenya claiming failure to do so will result in consequences.

Apart from marathon and road runners, it will especially feature youths, juniors and athletes likely to make the cut for next year's Olympic Games in Tokyo.

Athletics Kenya will use the Conference as a first step towards Tokyo 2020 preparations as required by World Athletics, which has made it compulsory for Kenyan athletes to undergo three out-of-competition tests to rule out cheats before heading to the Olympics.

The main topic for discussion will be anti-doping, with advice being provided on the best way to remain and compete clean.

"The reason we have our focus on road races and marathon runners is that they present the higher percentage of athletes banned," David Miano, Athletics Kenya's chairman for the central region, was reported as saying by Xinhua.

"The seminar is vital for all those runners invited and their coaches."

According to Xinhua, Athletics Kenya confirmed that the AIU has come up with a list of long-distance runners and their coaches whom they would like to attend.

The AIU is also due to hold a "major" press conference in Nairobi on December 3, at a venue to be communicated prior to the event.

Other areas of discussion will include ethics, investment, taxation and athlete-media relations.

Earlier this month, Cyrus Rutto became the latest Kenyan runner to be banned for four years by the AIU after testing positive for banned performance-enhancing drugs.

He had been charged in April with "use of a prohibited substance or method" based on evidence from his athlete biological passport.

Rutto has been banned from April 4 this year and will miss Tokyo 2020 and the 2021 World Athletics Championships in Eugene in the United States.

He had finished 13th in the 5,000 metres final at the 2017 World Athletics Championships in London.

His coach is Patrick Sang, who also trains Eliud Kipchoge, who last month became the first person to run inside two hours for the marathon.

According to respected website LetsRun.com, the two did not train together, however.

Kipchoge has been invited to attend all four days of the Athletics Kenya Conference.