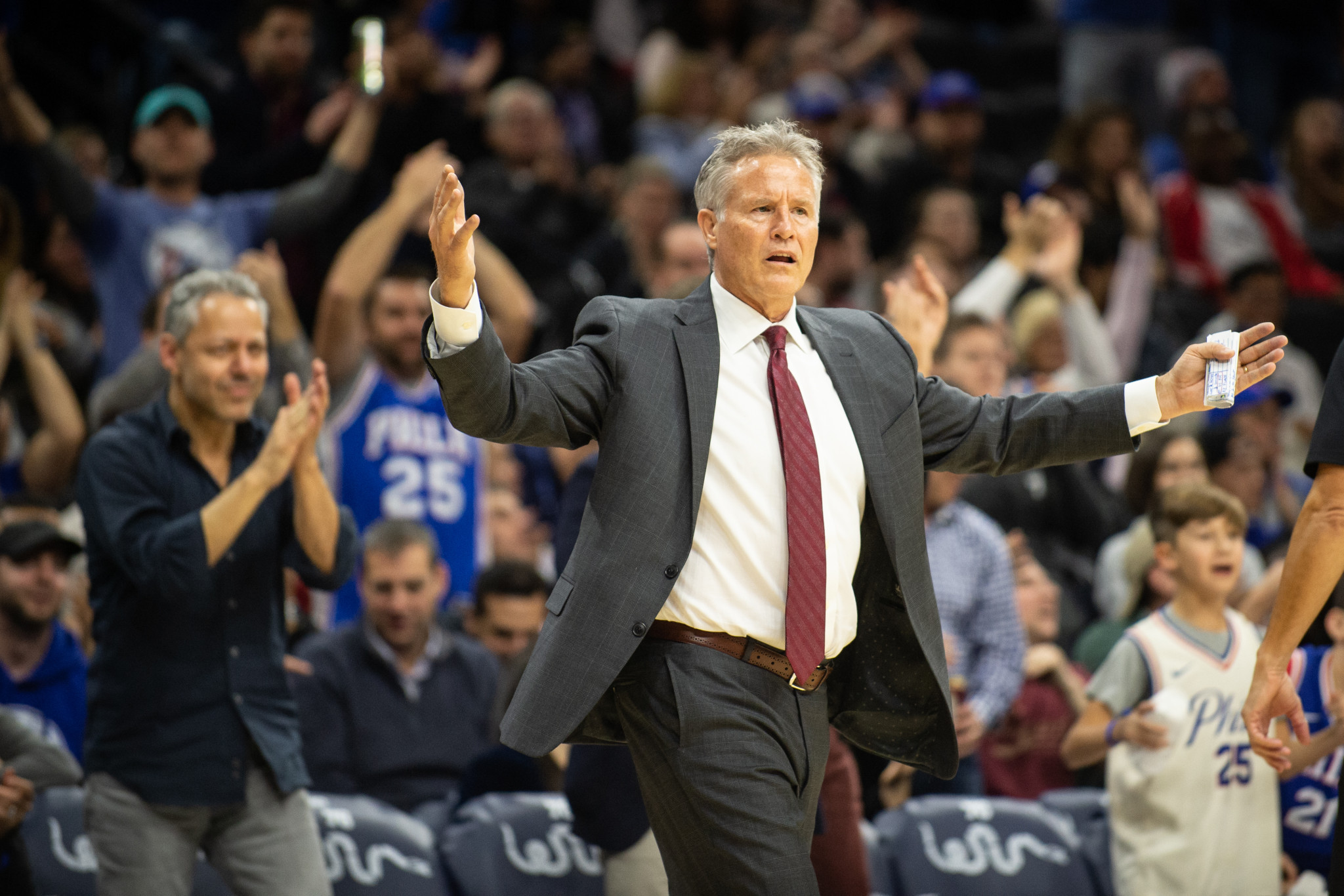 Brett Brown has been reappointed as the head coach of Australia's men's basketball team and will lead the side at the Tokyo 2020 Olympics.

The 58-year-old American, who is also the head coach of NBA side Philadelphia 76ers, replaces the outgoing Andrej Lemanis in the top job.

He previously coached Australia between 2009 and 2012, which included the 2010 World Championships in Turkey and an Olympic quarter-final appearance at London 2012.

Brown has been tasked with winning Australia's first Olympic medal in Tokyo with Lemanis guiding the side known as the Boomers to their highest-ever ranking of third in the world.

The departing coach also won gold at the 2017 Asia Cup and the 2018 Commonwealth Games but is stepping aside as he believes Brown is the "best person to lead the team in Tokyo".

"Collaborative" discussions were held between both coaches and Basketball Australia in the lead-up to the change.

"When the opportunity to coach the Boomers next summer in Tokyo came up, I was reminded of my deep history with Australia and Australian basketball," said Brown.

"I felt a duty to try and help in any way that I could.

"That passion is respected and recognised throughout the world and I'm very excited to be a part of that again.

"This is our mission and my message to our team – 'we're going into the 2020 Olympics to win a gold medal'.

"I understand the magnitude of this statement.

"I would feel irresponsible having any other goal but this."

Brown previously served as an assistant coach at San Antonio Spurs for 11 seasons, a spell which included four NBA titles.

He has also coached at Melbourne Tigers, North Melbourne Giants and Sydney Kings.

"It's been an absolute honour and privilege to coach this group of players and to represent the country at the highest level," said Lemanis.

"I'm thankful for having had the opportunity to be involved with the national team for such an extended period and for getting to work with so many great people.

"My aim was always to leave the team in a better position than when I joined.

"It is my belief that for the Boomers to medal at the Tokyo Olympics, the coach best positioned to deliver that is Brett Brown.

"His understanding of, and connection to, the NBA environment and nuances, as well as his knowledge and love of Australian basketball, position him as the best person to lead the team in Tokyo.

"I've been involved in the process and have been 100 per cent supportive of Brett and it's been a collaborative approach.

"It's what I believe is best for the team and I have always made decisions in the best interests of the team."

Basketball Australia chief executive Jerril Rechter added: "Andrej and his supporting staff, including Luc Longley, Will Weaver, Adam Caporn and David Patrick, have been incredibly selfless and our federation is grateful for their commitment.

"Given their shared history from the London Olympics, Brett is perfectly positioned to continue in Andrej's footsteps.

"Brett is a proven, elite international coach who will bring significant experience and understanding of the Boomers environment and we're delighted to welcome him aboard."