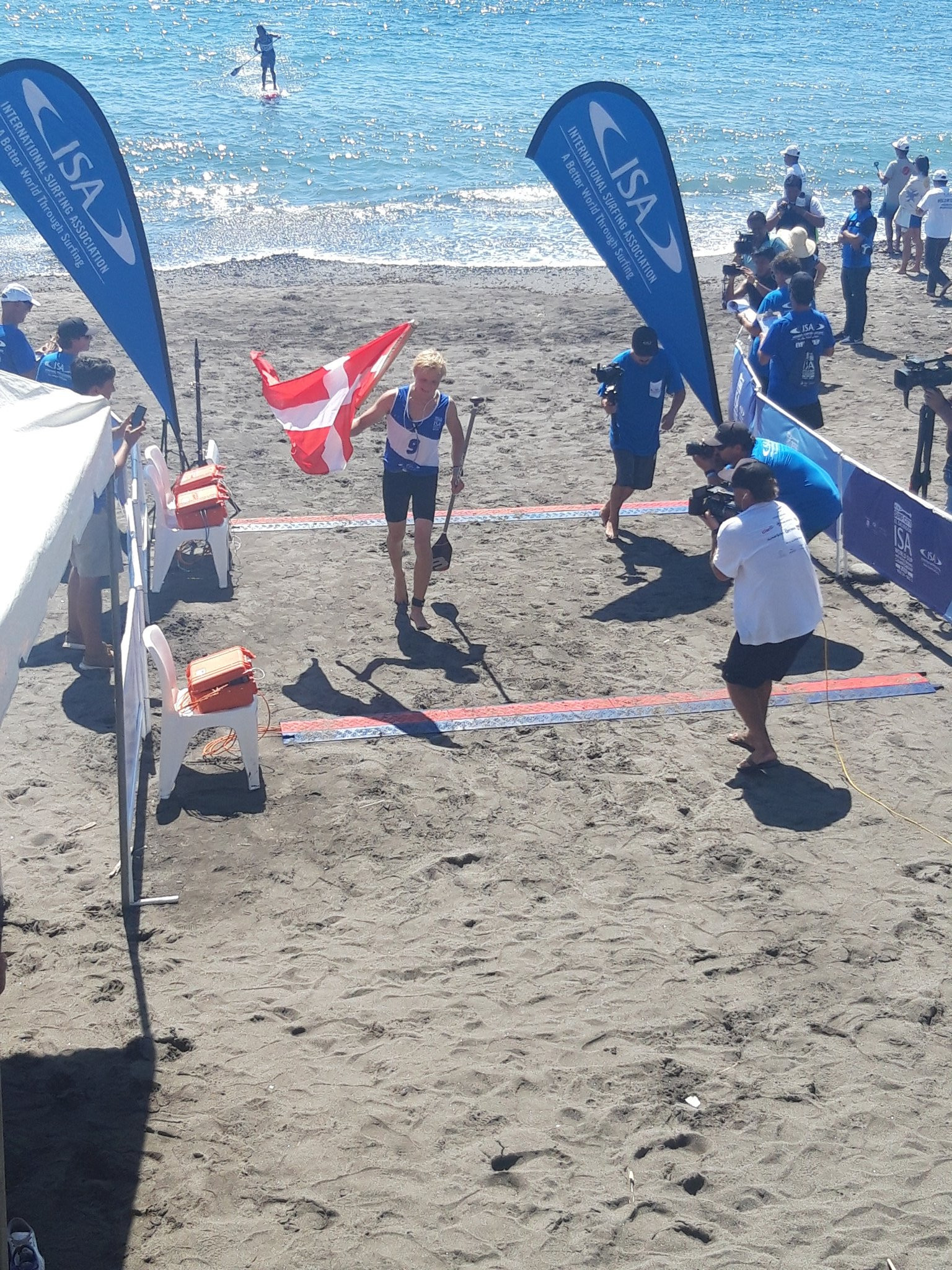 Andersen was locked in a fierce battle for gold with Japanese paddler Rai Taguchi but overtook him on the penultimate buoy before racing home for a first world title on day four of the Surf City El Salvador ISA World SUP and Paddleboard Championship.

Steinfath introduced the teenager to the sport aged eight and he hasn't looked back, now joining the four-time world champion at the ISA's showpiece event.

"It's the biggest moment in his life right now," said Steinfath.

"I remember pushing him into his first wave and he was eight.

"Most kids when you push them into waves are ecstatic and he had this big grin on his face.

"He's been on a mission ever since and this means the world to him."

Steinfath praised Andersen's work ethic and said the victory will be a huge boost to SUP in Denmark.

"Christian trains every day and wakes up with this mission in mind," added Steinfath.

"He is a testament to the saying that hard work pays off.

"Denmark is not a big surfing nation yet and we want to be but it shows that we have potential.

"I'm so happy because it makes the sport even bigger, now I'm not the only world champion from Denmark and I get to keep fighting with him."

Andersen said his dreams had come true after seeing off his Japanese rival to clinch a maiden world title.

"That was such a tough race for me and Rai all the way," said Andersen.

"First second first second and then at the end I just got that little wave in and I got a lead.

"From there I was just pushing my heart out.

The men's senior SUP technical final followed almost an hour later when Andersen and Steinfath put their friendship on hold in the quest for gold.

Neither could handle the pace laid down by Tituoan Puyo as France moved closer to claiming the overall team title in El Salvador.

Puyo laid down the gauntlet on lap one and led the whole way round.