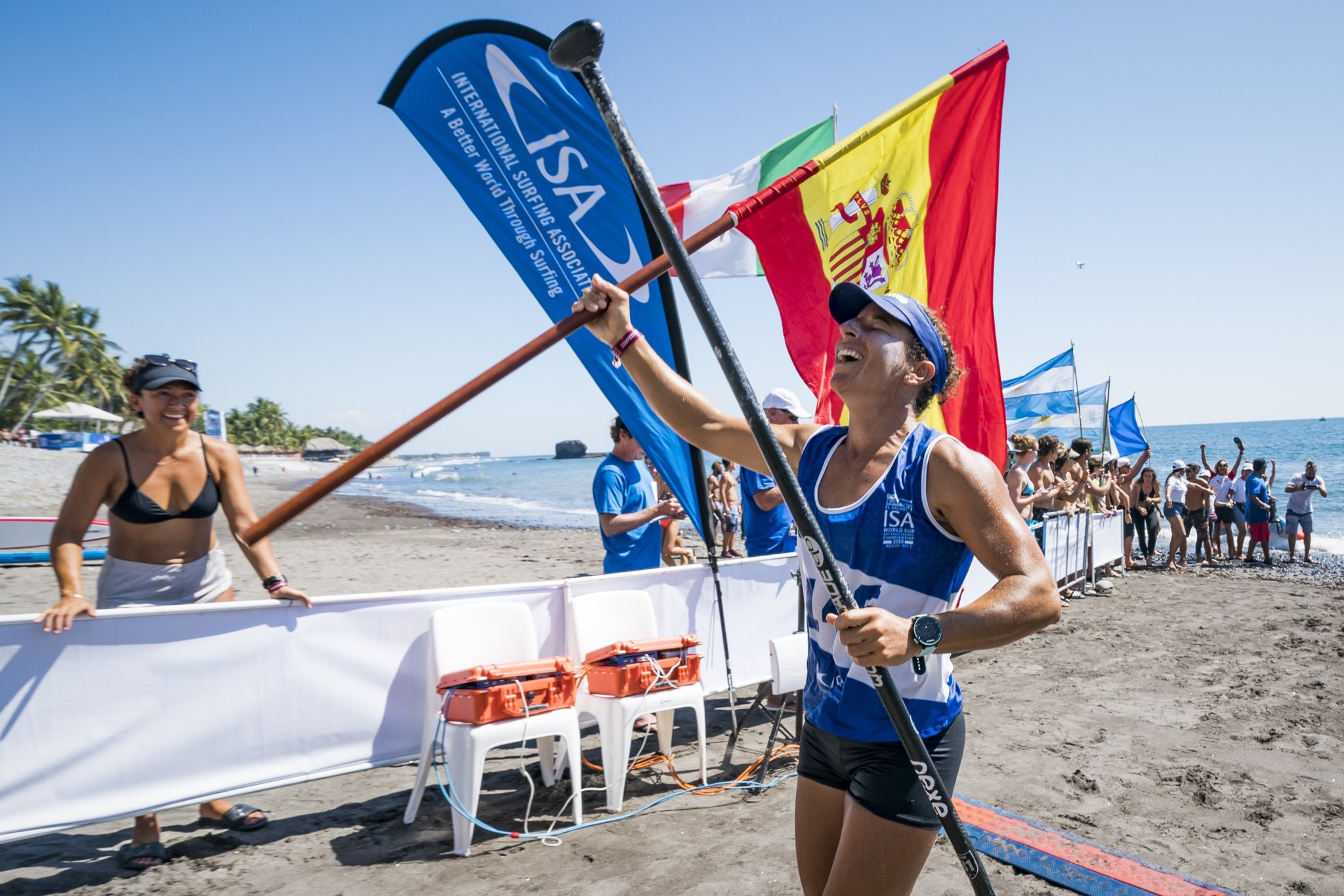 Barreras held off Amandine Chazot of France in an intense battle which has seen both sides edge clear in the team Championship.

Japan's Rika Okuaki collected a second bronze of the week in third place as Caterina Stenta of Italy earned the copper medal in fourth.

"Just to stay here with the Spanish team was a dream," said an exhausted Barreras.

"The first gold was huge for me and I had to fight hard in this race.

"I wasn't sure if I would have enough energy and at the finish I tried to save some energy.

"I did all that I could at the end and I said to myself 'OK, it's going to finish now, so I have to do everything I can and now I'm empty'."

Barreras said she the points towards the team championship were a driver as her energy levels dropped in the closing stages.

She added: "I thought this was my last race and I had to do all that I can.

"We have good riders in the SUP surf and I'm sure we can get some more golds.

In the women's junior SUP final, Jade Howson collected a second gold of a brilliant week for the Lugana Beach based paddler.

A monumental battle with Spain's Duna Gordillo was decided on the final trip around the El Sunzal course.

Buoyed by compatriot Itziar Abascal's gold earlier in the day, Gordillo took the race to defending champion Howson from the United States.

On each of the three laps the lead changed hands several times and when Howson appeared to grab a lead by the fourth buoy on the course, Gordillo navigated the surf to cruise back up to her American rival.

The winning move came for Howson on the final stretch to buoy five though as Gordillo got caught in a waves' break in shallow waters, allowing her to steer into an unassailable lead.

Gordillo came over the line for second, with Laura Dal Pont from Italy third and Anaïs Guyomarch of France taking fourth spot.

Earlier in the week, Howson claimed SUP sprint gold and although she lined up for the women's senior event, the hot conditions and tired legs took their toll and she finished in 12th position.