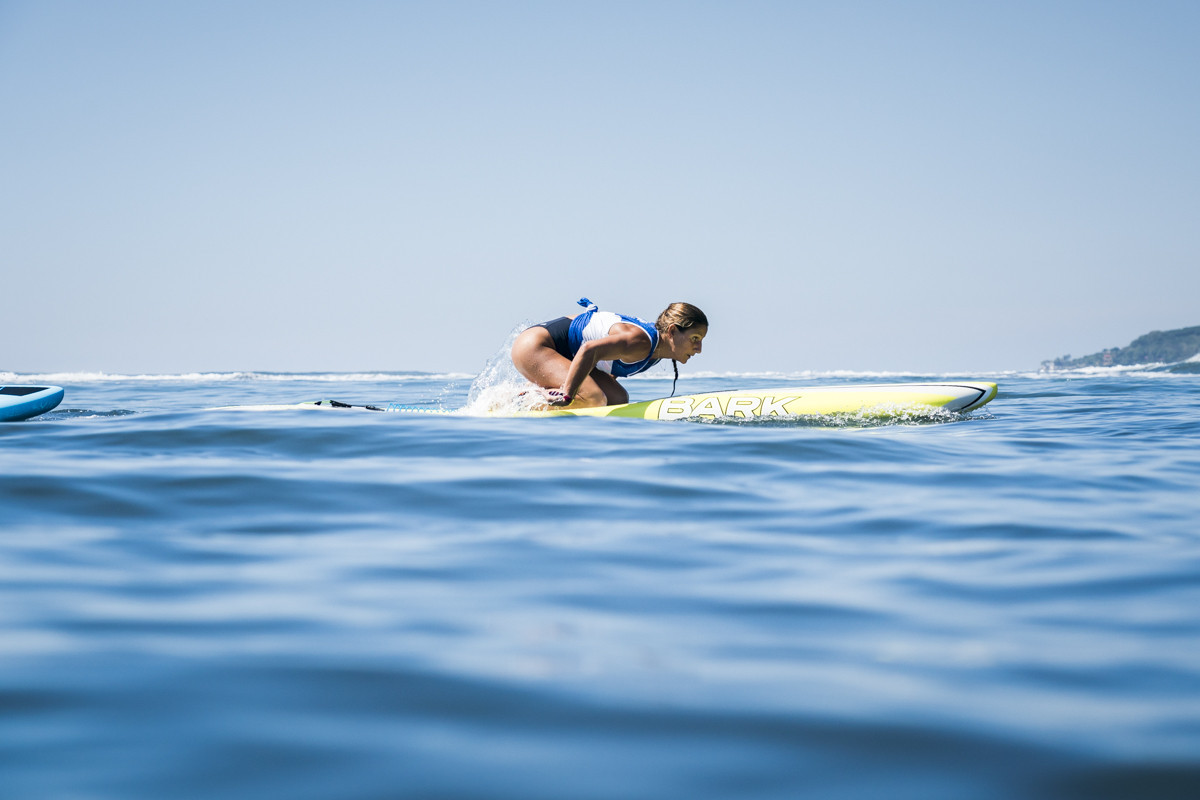 The Spaniard was part of the team that won the technical team relay yesterday, and after biding her time on the three-lap course at El Sunzal beach, Abascal made her move 150 metres from home.

Abascal and Yurika Mitsui moved clear of the field midway through the first lap, and it was the Spaniard who made a key move in the closing stages before riding on the crest of a wave to steal the march and claim gold.

Mitsui followed her over the line for silver, as Italian Cornelia Rigatti won the battle for third against Tiana Pugliese of the United States who rounded out the top four to take the copper medal.

"I took the second place behind the Japanese girl on the first lap," said Abascal, as she reflected on a tactically astute race.

"We were together, but she took a better wave and we went so close to the rocks I was a little scared.

"In the last wave I chose to go to the right and it really helped; I saw the break was on the other side and it was a key tactic.

"I chose my moment and pushed my body to go at the right time and then it was a case of 'go, go go' to the finish."

The race win earned Abascal 1,000 points for her Spanish team in the contest to win the team Championship.

The double gold medallist said the team unity has been key to Spain's early success in El Salvador.

"It is a teamwork, not only for the guys in the relay, but for all the team and energy.

"You push for you and for the team."

France led the overall team standings and extended their advantage in the second final of the day, the men's prone technical climax.

Julen Marticorena had a comfortable lead as he came home to take gold, with US paddler Bart Schade unable to catch the French star on the final lap.

Carlos Ruiz was part of the winning Spanish technical relay team alongside Abascal, and he earned a valuable bronze medal as England's Andrew Byatt collected the copper medal in fourth.

"At the start I just wanted to take the lead and get further ahead of the others," Marticorena told insidethegames after gaining 1,000 points for his team.

"The Spanish and American went really far on the left and I was able to cut inside and it worked out to be a good strategy.

"France was the leader yesterday and Camille [Perottea] took a good place in the women's race.

"My win is really good for the team and hopefully we can be strong for the rest of the competition."