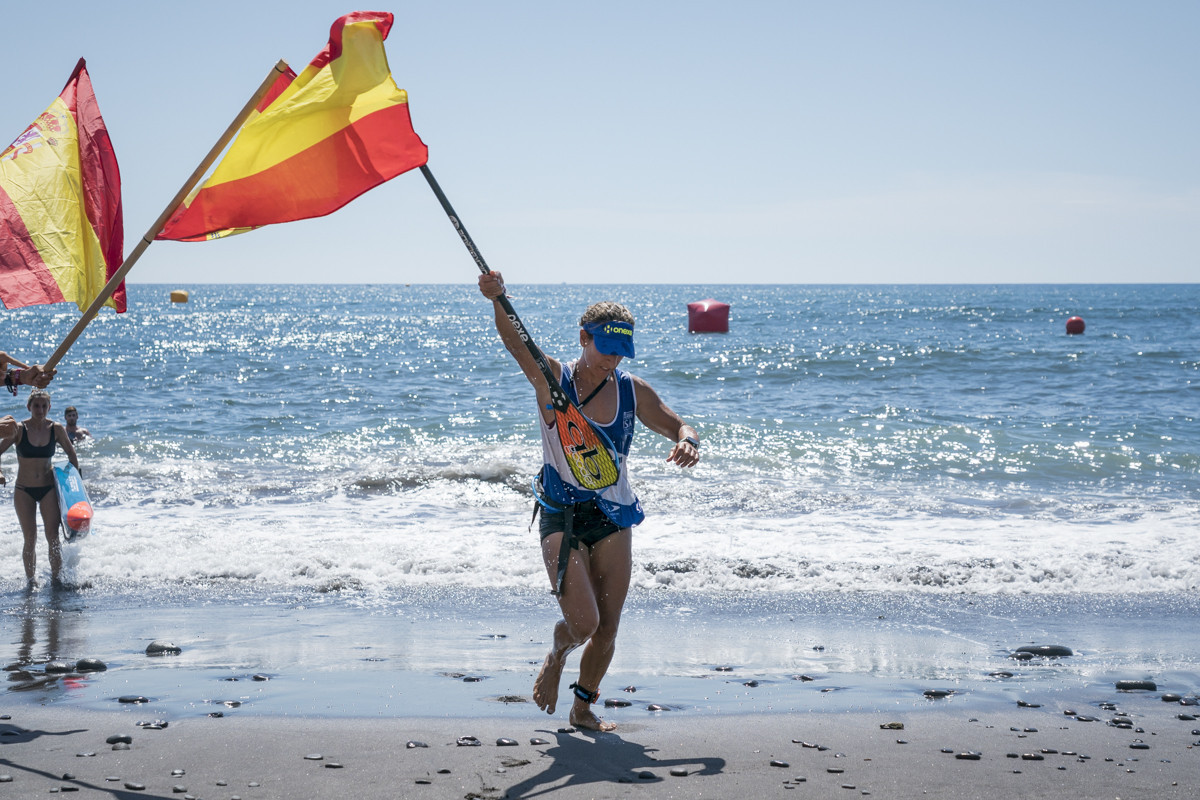 Vela was at the centre of the controversial women's SUP distance race, which saw 15 of 20 competitors miss a buoy on the second lap of the 18 kilometres course.

Under the ISA guidelines, the responsibility for completing the course correctly lies solely with the competitors and their management team, with pre-race meeting and briefings being held to outline the racing conditions and instructions.

A total of five athletes were officially disqualified for completing the race at the end of the third lap on the basis that they had not executed the course correctly, while another two retired upon hearing of the mid-race issue.

"I think morale wise there was a moment where it was frustrating for a lot of the athletes and teams," said Vela.

"After they had an hour or two to process, all of the athletes I spoke to were saying 'I should have known better and it was a missed opportunity' because they should have been going the right way.

"From the ISA perspective, to still be able to provide accurate results even with several people going the wrong way, I'm proud of every single member of our team for all the back ups to the back ups that we had."

Vela explained the ISA's surfing judges, who will oversee the surfing contests at the end of the week, helped with the SUP races and manually wrote down statistics as competitors passed buoys.

"Twenty out of 21 times we don't need those back ups but the one time we needed it, it was there," added Vela.

"I went home really proud of the way the team performed under extreme conditions.

"Your heart goes out to the athletes who have trained hard though."

After completing the first lap unhindered, the lead group missed the third buoy as they set off on the second lap, completely bypassing it and heading to buoy number four from buoy two.

In order to avoid disqualification, it meant those who had made an error needed to complete a correctional lap, with the second lap effectively being scrubbed from the record.

Amid the confusion, several padded re-rounded buoy three and started heading back for shore thinking that was adequate, while American paddle Candice Appleby lost time by going backwards and forwards to the shore to understand the situation properly with her coaches.

Spain's Esperanza Barreras led the pack when she missed the buoy, but after hearing her team shouting instructions to do another lap, set off on her fourth lap.

She caught up with the first of the paddlers who had executed the course correctly, Mariana Carrasco Zanini from Mexico, and overtook her to claim gold, completing an additional 6km loop.

The Mexican told insidethegames after the race that she had spotted the error but remembered the route and stuck to it, eventually coming home fourth for an unexpected copper medal.

She added: "It was important to stick to what I knew rather than to follow the person in front of me.

"The instructions were very clear and everyone had the maps.

"A few competitors did the fourth lap and even passed me so I think it was fair for everyone."

The general feeling among competitors who had made the error was one of frustration.

She said: "It would be nice if there was a way to inform us but it was stated in the rules that no officials can say anything on the course.

"It is heartbreaking for us as athletes but we all made a mistake this time."

When pressed on whether more could have been done to ease confusion, Vela added: "In relation to communication with the missed buoy it has happened in several races prior to this and it will happen in the future but I have never seen it happen where the top 15 athletes all did the incorrect course on lap two.

"It is important to remember that they did the first lap correct and the second incorrect.

"We put the courses up online, we do a manager's meeting and go through every course, we do a race briefing before every race so I think there is nothing more to do to give them the information of the course.

"As an athlete or organiser you are always looking for things that we can improve and sure there are things that we would love to have in place to provide a better webcast or access to statistics but organisationally I think the communication went well between us to provide the accurate results."