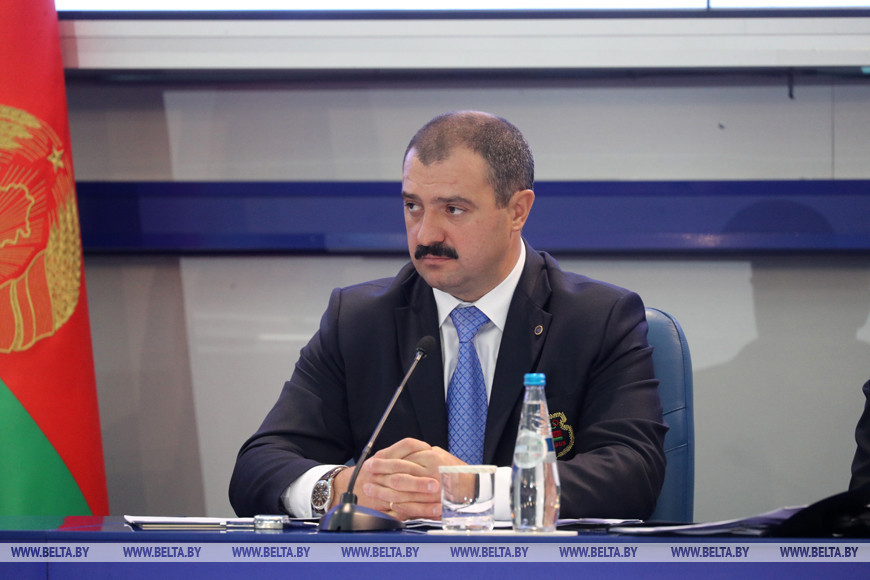 Viktor Lukashenko was elected as first vice president of the National Olympic Committee of the Republic of Belarus (NOC RB) during a meeting to discuss the country's preparations for Tokyo 2020.

He is the son of Aleksandr Lukashenko, who is the President of both Belarus and the NOC RB.

The meeting saw the NOC's members joined by Viktor Lukashenko and vice president of the Belarusian Canoe Association Dzmitry Dauhalionak.

Dauhalionak was elected as vice president of the NOC RB.

"Sport is one of the most important parts of the social life and politics in the world today," said Aleksandr Lukashenko, who reminded NOC members to take pride in their Olympic ambitions.

"Everyone in Belarus, not only you and I, understand this today.

"Olympic victories unite the nation, inspire a sense of pride for the country, bring new heroes.

"After all, they reflect the development level of society, science, medicine, economy and the state as a whole."

Nikolai Ananyev and Leonid Taranenko were named honorary members of NOC RB for services to the Belarusian sport and the Olympic Movement.

The NOC also reviewed the performance of Belarusian athletes at the biggest international competitions.