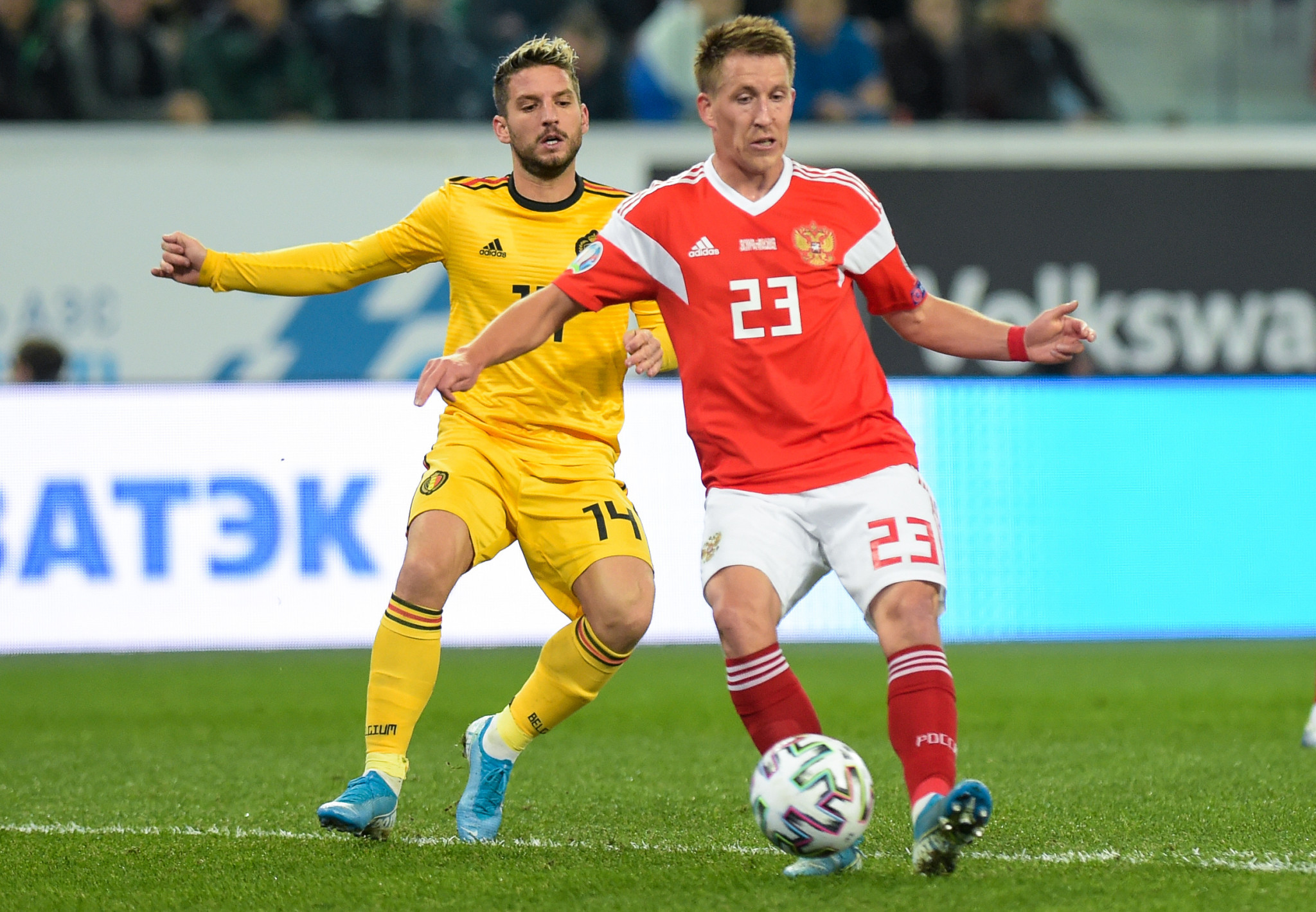 Russian officials have rejected suggestions the country could be stripped of hosting matches at the 2020 UEFA European Championships, following recommendations made by the World Anti-Doping Agency (WADA) Compliance Review Committee (CRC).

WADA's CRC recommended a four-year sanction against the Russian Anti-Doping Agency (RUSADA), following "an extremely serious case of non-compliance with the requirement to provide an authentic copy of the Moscow data, with several aggravating features".

WADA had demanded the Russian Sports Ministry and RUSADA explain "inconsistencies" it found in the data when it opened a compliance procedure against the body, first suspended in 2015 before being reinstated last year, in September.

Russia was ordered to address the differences between the Laboratory Information Management System (LIMS) database provided by a whistleblower in October 2017 and the version WADA extracted from the facility in January.

The WADA CRC determined the data was "neither complete nor fully authentic" after reports from experts, adding further significant deletions and/or alterations had been made in December 2018 and January 2019.

It was also determined that fabricated evidence had also been added into the LIMS database to support the argument now being advanced by Russian authorities that it was Grigory Rodchenkov and two co-conspirators who falsified entries in the Moscow LIMS database.

Among the recommendations made by the WADA CRC was for sporting events awarded to Russia to be stripped from the country during the four-year period, with new hosts sought.

Russia is set to host matches at the UEFA European Championships, where Saint Petersburg has three group matches and a quarter-final.

The sanction may not apply to the competition, with it considered a regional event.

Saint Petersburg vice governor Vladimir Kirillov has insisted it was “extremely unlikely” the matches would be moved away from the city.

"Today, we continue to actively prepare for the final tournament of the European Championship 2020 and fulfill all the obligations undertaken within the framework of this tournament," he said, according to Russian news agency TASS.

Kirillov also believes the exclusion of Russia from the number of countries hosting the football tournament is unlikely.

"I would like to remind you that the upcoming tournament will be held for the first time on the territory of 12 states, and preparations for its holding began a few years ago.

"The governments of the organising countries have given clear guarantees, the legal framework, sports and transport infrastructure have been prepared.

"Today, in a situation when all preparatory measures are actually in the final stage, tickets are being sold in full, and on November 30 the draw of the tournament will take place, one of the countries organising the European Championship for the year before it seems extremely unlikely."

Matches at the tournament will take place in stadiums across 12 cities in Europe.

This will include Wembley in London, which will host group matches, last 16 ties, a semi-final and the final.

Should the four-year sanction proposed by the WADA CRC be imposed, it could see Russian athletes compete under neutral status, with the Russian flag prohibited from major events during the four-year period

"Russian athletes and their support personnel may only participate in major events staged in the four-year period where they are able to demonstrate that they are not implicated in any way by the non-compliance," the WADA CRC recommendation states.

This would include the athletes not being mentioned in "incriminating circumstances in the McLaren reports, there are no positive findings reported for them in the database, and no data relating to their samples has been manipulated".

"There are zero chances that Russia will be stripped of the right to host matches of the 2020 European Championships," Koloskov told TASS.

"Is there a chance that the Russian national team may be stripped of its right to play at this tournament?

"To be honest, this question does not need an answer.

"I believe that in case of such a scenario our representatives in FIFA and UEFA will manage to defend our interests, because all our football players are clean and there can be no sanctions at all against them.

"The same goes for the 2022 FIFA World Cup qualifiers and I am absolutely confident that there will be no sanctions whatsoever in regard to our football."

The CRC recommendation was sent to WADA last week, with the organisation's Executive Committee due to consider the proposal at its meeting in Paris on December 9.