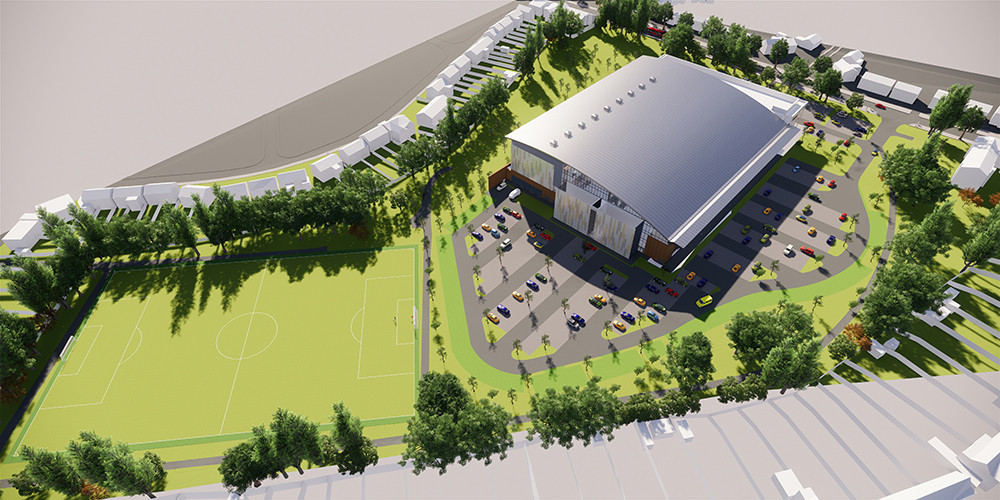 The project director of the Sandwell Aquatics Centre for the 2022 Commonwealth Games in Birmingham has told Councillors the budget for the venue has not overrun, despite the final costings for it having been confirmed to be at £73 million ($94 million/€85 million) – £13 million ($17 million/€15 million) more than first estimated.

As reported by the Birmingham Express & Star, Cabinet members backed a recommendation to sign a contract with local firm Wates Construction Ltd to complete the Aquatics Centre prior to the multi-sport event’s Opening Ceremony in July 2022.

But the bill for the development has increased from £60 million ($77 million/€70 million) when it was first proposed in January 2018.

Despite this, Chris Jones, the Aquatics Centre’s project director, told Councillors it is not over budget.

"I’d like to reassure members that the project is being delivered within the overall funding package," Jones was reported as saying by the Birmingham Express & Star.

"The total budget, including contingency, has always been £75 million ($97 million/€88 million).

"This includes a 20 per cent contingency which is the industry standard.

"We have been asked to do further works by the [Commonwealth Games] Organising Committee which has been funded accordingly.

According to Sandwell Metropolitan Borough Council, work to prepare the site is already well advanced with the main building work set to start in January as planned.

The world-class facility at Londonderry Lane in Smethwick is scheduled to host the swimming and diving events at Birmingham 2022.

The building will also be a state-of-the-art leisure facility for Sandwell residents for decades to come, together with a brand new urban park, football pitch and children’s play area, it is promised.

A further £7.6 million ($9.8 million/€8.9 million) is funded by other external partners in Sport England, Black Country LEP, Sandwell Leisure Trust and the University of Wolverhampton.

Sandwell Metropolitan Borough Council had already budgeted to build a new leisure centre for Smethwick and claims it can now provide a much bigger, improved facility at a similar cost to the authority - thanks to additional funding brought in by hosting the Commonwealth Games.

When complete, the Sandwell Aquatics Centre will have a 50 metres Olympic-sized swimming pool, a 25m diving pool and a studio pool along with 1,000 permanent spectator seats.

Additional seating will be added on a temporary basis for the Games.

In May, it was confirmed the contract to design and construct the Sandwell Aquatics Centre had been given to Wates Construction and that is expected to be signed tomorrow.