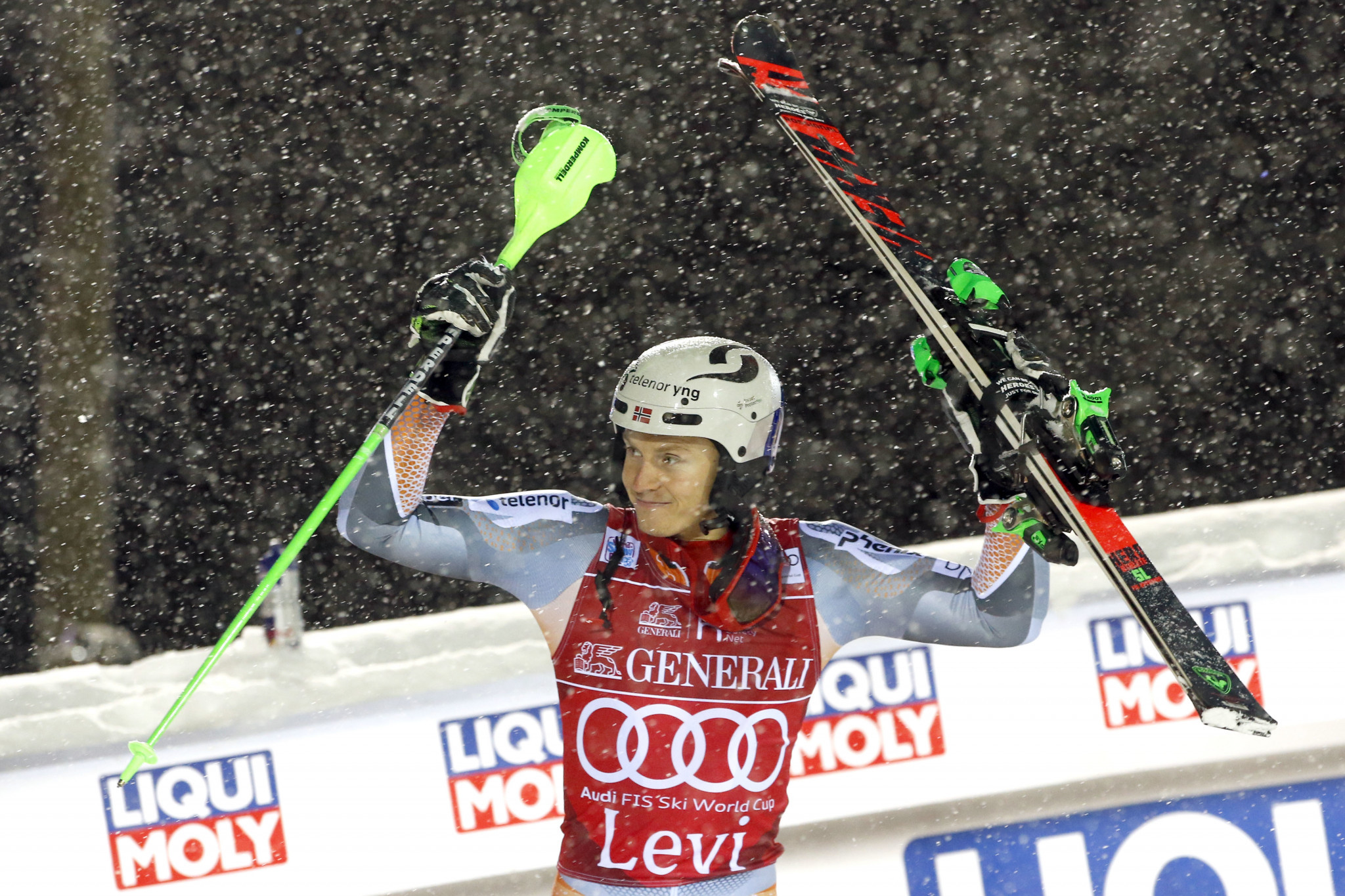 The 25-year-old recorded a time of 55.23sec in his first run before achieving 53.32 in his second run to climb three places and top the podium with a total time of 1min 48.55sec.

It was his 16th World Cup slalom victory and continues a successful year for Kristoffersen, winner of the giant slalom world title in Åre in February.

Clement Noel of France was just 0.09 seconds behind Kristoffersen to finish second.

Among Kristoffersen's prizes for victory was a reindeer.

Alexis Pinturault of France is second on 100 points.

Compatriots Alexis Pinturault and Noel sit in third with 80 points.

The next FIS Alpine Skiing World Cup competition is due to take place at Lake Louise in Canada on Saturday (November 30).