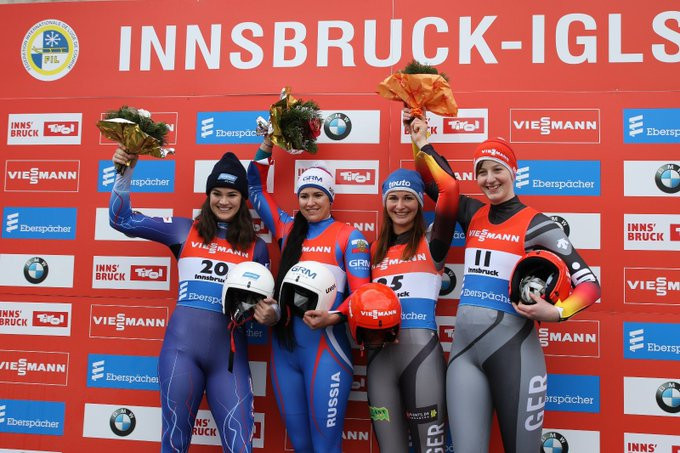 The three-time European champion clocked a combined time of 1min 21.304sec to get her World Cup campaign off to the best possible start.

Ivanova, whose team relay silver medal from the 2014 Winter Olympics in Sochi was reinstated on appeal after she was initially disqualified for a doping offence, finished 0.110sec quicker than American Summer Brichter in second.

"The second run was crucial and I timed it to perfection," Ivanova said.

Taubitz, tipped among the favourites for overall glory this season, described her performance as "awful".

"I'll probably have a good laugh at the photos later, but I feel like punching something right now."

The reigning world champions completed their two runs in 1:20.732 to edge out team mates Tobias Wendl and Tobias Arlt, who were forced to settle for second place, 0.009 behind.

Thomas Steu and Lorenz Koller of Austria did enough for third having clocked 1:20.820.

The men's singles event headlines the action when the World Cup in the Austrian city concludes tomorrow.