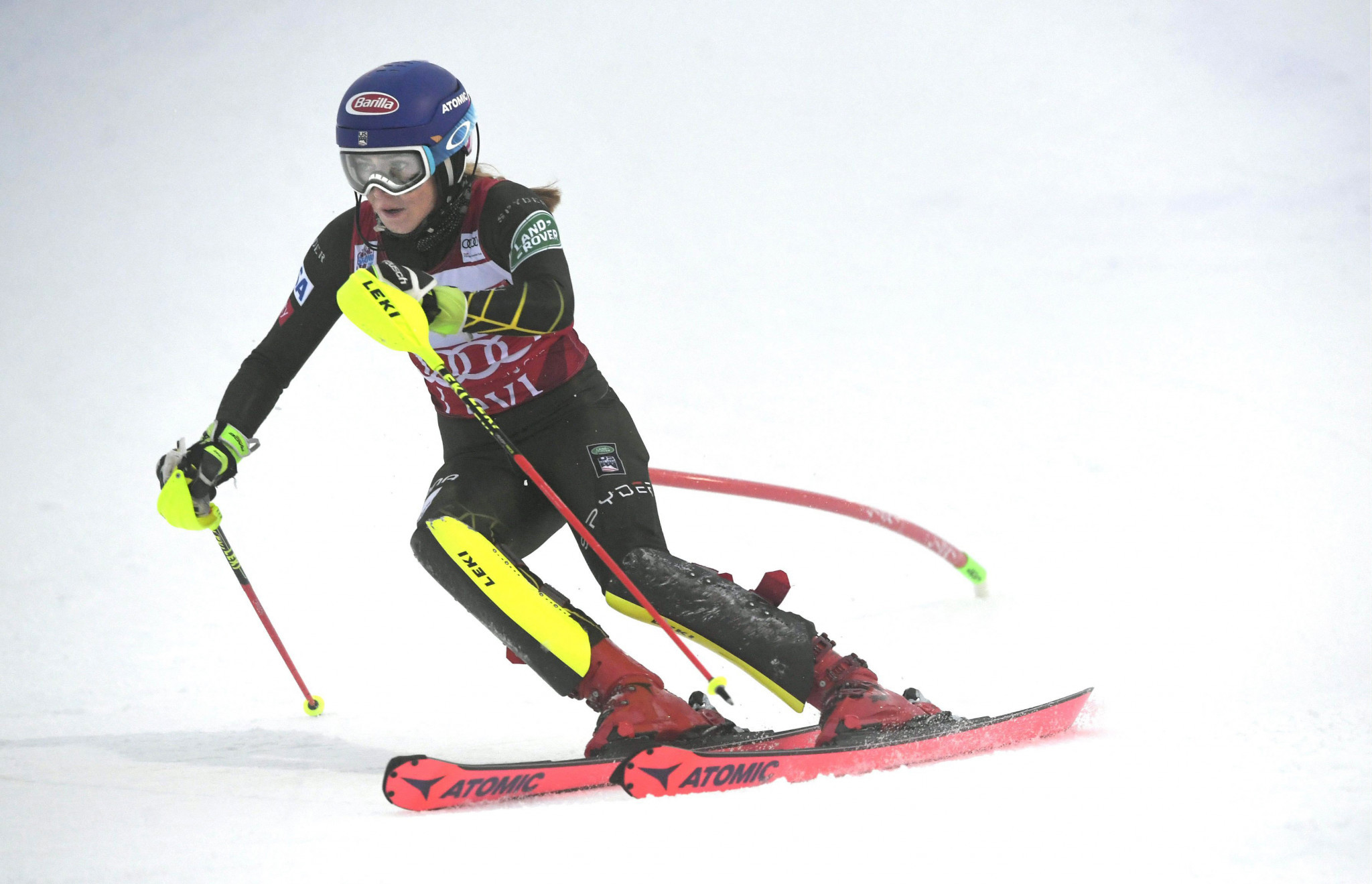 The defending overall champion overcame a first-run deficit to break a tie with Swedish great Ingemar Stenmark for the most number of career slalom wins.

Shiffrin, who has was on the last four World Cup slalom crystal globes, was level with Stenmark on 40 victories before the first slalom race of the season in the Finnish resort.

The four-time world slalom champion did not have it all her own way, trailing Slovakia's Petra Vlhová after the first run.

Vlhová put in a strong opening run but crashed out in the second, opening the door for Shiffrin to return to her usual place on top of the podium.

The 24-year-old American finished her two runs in a combined 1min 57.57sec, 1.78sec quicker than Wendy Holdener of Switzerland in second.

"I felt a little bit lucky with this win, but I also felt good with my skiing, so I'm happy," Shiffrin, who was presented with a reindeer traditionally given to the victor in the women's and men's events in Levi, said.

The World Cup competition continues tomorrow with the men's slalom.