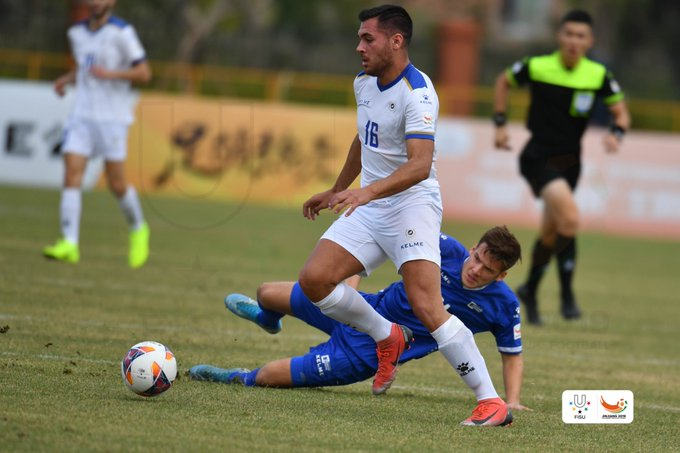 Both teams won their opening Group B matches two days ago in Jinjiang.

Their strong starts continued with Autonomous University of Mexico beating Ethiopia's Kotebe Metropolitan University 3-1, while Bangkok Thonburi were 1-0 winners against the Beijing Institute of Technology.

The results ensured the top two teams of qualification to the quarter-finals with a match to spare.

South Korea's Myongji University bounced back from their opening day defeat in Group C by winning 3-0 against the International University of Language and Media from Italy.

Borys Grinchenko Kyiv University and Brazil's Paulista University, who won their opening matches, played out a goalless draw in the same group.

They followed up their promising starts with a 1-1 draw.

Competition is taking place across 14 training and competition venues in Jinjiang,

The women's event will resume tomorrow.