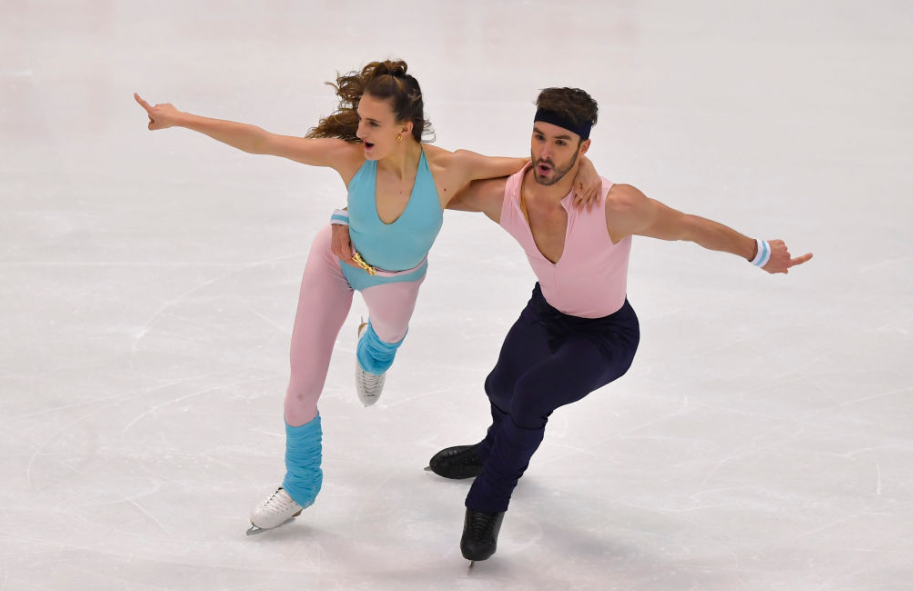 Big names shone on day one of the NHK Trophy in Sapporo, Japan, in the rhythm dance and short programs.

"This year it's the first time that we're doing a Pattern Dance that we did five or six years ago in our first senior year," Papadakis said.

"So, it's fun to reinvent it and see how to make it different and better."

"With the performance at this competition we are quite satisfied - as for tomorrow, we just want to give our very best performance," Han said.

In the ladies' short program, Russia's Alena Kostornaia posted a new world record score for the discipline in the first segment of the competition.

Her 85.04 put her ahead of Rika Kihira of Japan, while American Karen Chen sits in third place.

"I'm very happy that I was able to do everything as planned," Kostornaia said.

The Japanese skater scored 109.34 to establish a comfortable lead over France's Kevin Aymoz in second and Russia's Sergei Voronov in third.

"For today, for myself I was able to get a passing grade," Hanyu said.