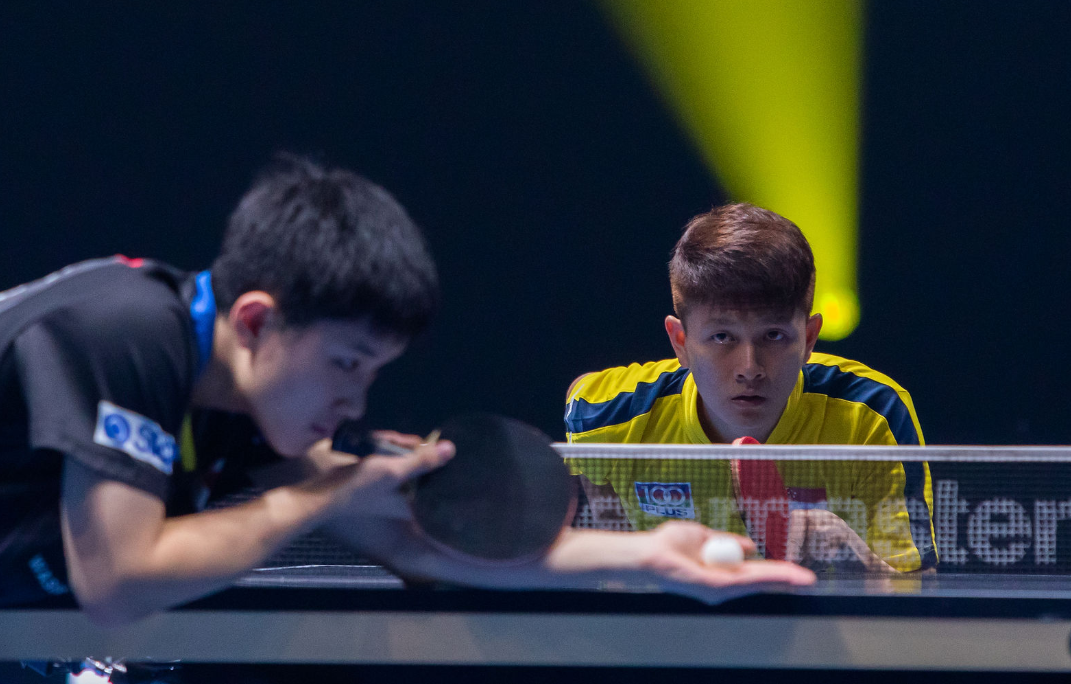 Home favourite Clarence Chew delivered a brave performance in round one of the table tennis Seamaster T2 Diamond 2019, but ultimately fell short against Japan's number one.

Only competing as the host-exempted player, Chew took on Tomokazu Harimoto and lost the first game 11-6.

However, he drew level with an 11-7 win in the second and the crowd's excitement grew.

The FAST5 5-2 defeat compounded the defeat, but considering the gulf of 270 places in world rankings, it was an outstanding showing from Chew.

"It was great to be in this tournament in the company of the world's best players," Chew said.

"I had nothing to lose so I just went out and did my best."

This was in stark contrast to the opening match, between China's Xu Xin and Wong Chun Ting of Hong Kong, the shortest in the tournament's history.

Wong turned his ankle trying to make a fantastic return from Xu, having to pull out with the score 6-11, 1-4.

But the match of the day came between China's Zhu Yuling and her compatriot Wang Manyu.

In a rematch of July's Malaysian final, Zhu edged a tight first game, then took a commanding 2-0 game lead.

It was a good finish to the day for Japan’s Mima Ito and Koki Niwa, who also recorded comfortable wins.

All local eyes will be on Tianwei Feng tomorrow, who starts his tournament against Meng Chen of China.