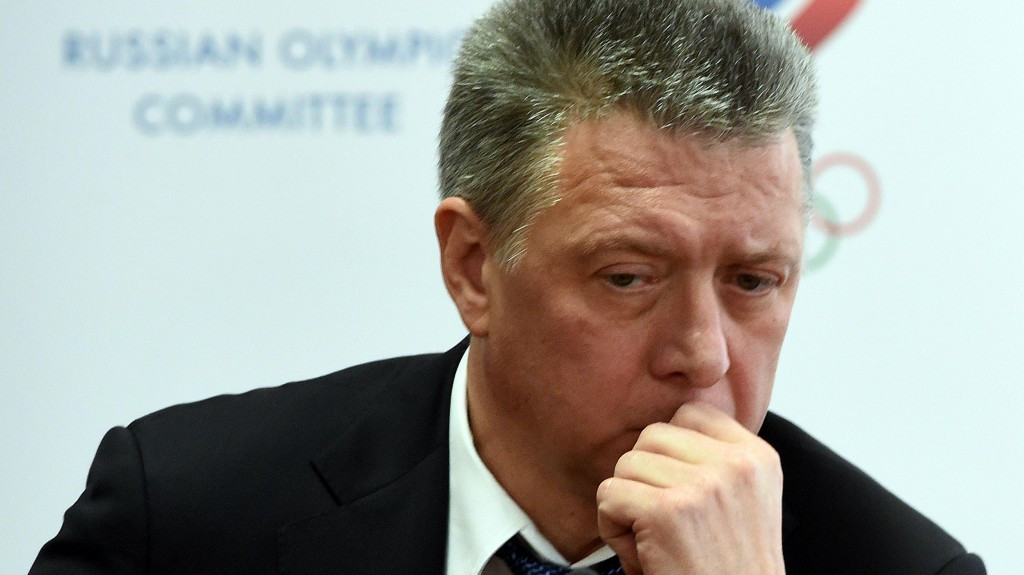 Russian Athletics Federation (RusAF) President Dmitry Shlyakhtin has been suspended by the Athletics Integrity Unit (AIU) and the national governing body he leads charged with serious breaches of the anti-doping rules, including obstructing an investigation.

The charges, which also include failing to cooperate with an investigation, relate to the conduct of senior RusAF officials during an investigation into "whereabouts" violations committed by Russian high-jumper Danil Lysenko, the 2017 World Championship silver medallist.

Along with Shlyakhtin, the RusAF executive director Alexander Parkin, the athlete and his coach Evgeniy Zagorulko have also been charged with "tampering and/or complicity" under the anti-doping rules and also been provisionally suspended.

The AIU revealed the charges follow a 15-month investigation conducted by the body in cooperation with the Russian Anti-Doping Agency (RUSADA).

It concluded that RusAF officials had been involved in the provision of false explanations and forged documents to the AIU in order to explain whereabouts failures by the athlete.

RusAF has been issued a notice of charge for failing to comply with its obligations as a Member Federation.

The organisation is already suspended from the membership of World Athletics, dating back to November 2015.

RusAF has until December 12 to respond to the notice.

The AIU Board may then refer the matter to the World Athletics Council to be determined in accordance with the anti-doping rules.

A total of seven individuals associated with RusAF have been charged.

Besides Shlyakhtin, RusAF Board member and President of the Moscow Regional Athletics Federation Artur Karamyan has also been charged.

Elena Orlova, a senior administrator, and anti-doping coordinator Elena Ikonnikova are also those who have been suspended.

Lysenko's charge is considered a "second violation", having already been charged over his whereabouts failures - meaning he could be banned from the sport for life.

Lysenko had competed as an Authorised Neutral Athlete at London in 2017.

The AIU notified Lysenko of his third "whereabouts" failure on June 25 in 2018, leading to the Russian being provisionally suspended and facing the prospect of a ban.

"The AIU investigated the veracity of the explanations provided by Danil Lysenko to explain his whereabouts failures and concluded that the explanations were false and supported by forged documents," the AIU said in a statement.

"The focus of the AIU’s investigation then became whether RusAF officials were involved in any way in the provision of the false information."

The AIU revealed 22 witness interviews were carried out between April 10 and November 21 this year, along with the body acquiring 14 electronic storage devices including mobile phones and computer hard drives from relevant people for inspection and analysis.

A digital forensic analysis of over six terabytes of electronic data collected was conducted, along with translating approximately 7,000 documents or records from Russian to English.

"The investigation has concluded with charges being brought against RusAF and relevant RusAF officials and associates, in addition to Danil Lysenko," the AIU said.

"The AIU acknowledges the work of RUSADA staff who made a valuable contribution to the investigation."

The charges will come as a significant blow to RusAF on the eve of the World Athletics Council meeting in Monte Carlo, where their ongoing suspension is expected to be a topic of discussion.

RusAF suspension was extended for the 12th time in September.

It followed allegations the data retrieved by the World Anti-Doping Agency (WADA) from the Moscow Laboratory - which the AIU is analysing - may have been manipulated by Russia.

The review of the data by the AIU, which handles anti-doping cases on behalf of the IAAF, is among the conditions RusAF must meet if it is to be reinstated.

Suggestions the data could have been tampered with by Russia was cited as the key factor in the IAAF maintaining the suspension on RusAF, first initiated in November 2015 following revelations of state-sponsored doping and cover-ups in the sport.