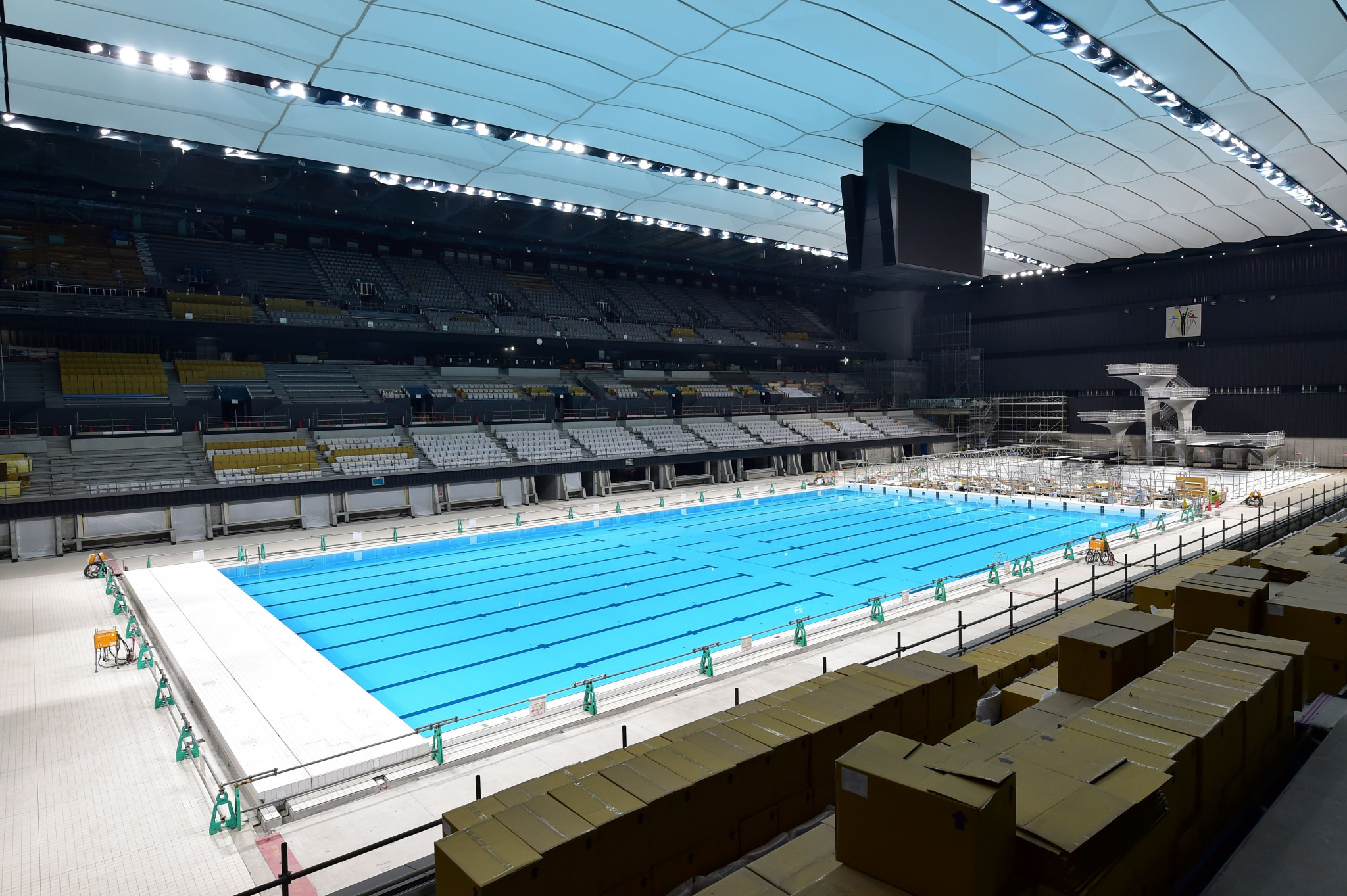 Tokyo Metropolitan Government has provided a preview of the Olympic Aquatics Centre and Ariake Arena as construction of the venues approaches its conclusion.

The venues are the two outstanding construction projects on permanent facilities for the Games.

The Ariake Arena is expected to be completed next month, with the venue set to host volleyball at the Olympic Games.

It will then serve as the wheelchair basketball venue for the Paralympic Games.

The venue, largely constructed of wood from Japan, will have a capacity of 15,000 during the Games.

Ariake Arena is located in the Tokyo Bay Zone, with the Athletes’ Village and Main Press Centre nearby.

The Ariake Tennis Park and the Ariake Gymnastics Centre, where volleyball competition will take place, is also close to being completed.

Ariake Arena is set to become a sporting and cultural centre following the Games, with the concerts among the activities expected to take place in the venue.

The interior of the Ariake Arena was opened to the media today, along with the inside of the Tokyo Aquatics Centre.

The Tokyo Aquatics Centre is set to be the final permanent venue to be completed.

Construction will conclude in February, with the Tokyo Metropolitan Government overseeing the process.

The 15,000-capacity venue will feature a 50 metres pool during the Olympic and Paralympic Games.

A moveable wall ensures it can be converted into two 25 metre pools.

Artistic swimming, diving and swimming competitions will take place at the facility, which will be one of the landmark venues of the Games.

The Aquatics Centre is expected to hold international and national swimming events following the Games.

The new National Stadium, the main venue for the 2020 Tokyo Olympics and Paralympics, was completed last week.

The Japan Sport Council confirmed construction work had concluded at the venue, which has reportedly cost of ¥157 billion (£1.2 billion/$1.4 billion/€1.3 billion).

The 60,000-capacity Stadium is due to host the Opening and Closing Ceremonies of the Olympic and Paralympic Games, as well as athletics.

A special inauguration event is scheduled to take place at the Stadium on December 21.

The JSC has revealed that the inauguration event - titled "Hello Our Stadium" - will tie together sport, music and culture.

Jamaica's eight-time Olympic champion Usain Bolt will be among a series of Olympic and Paralympic athletes participating in a unique relay, dubbed "One Race".