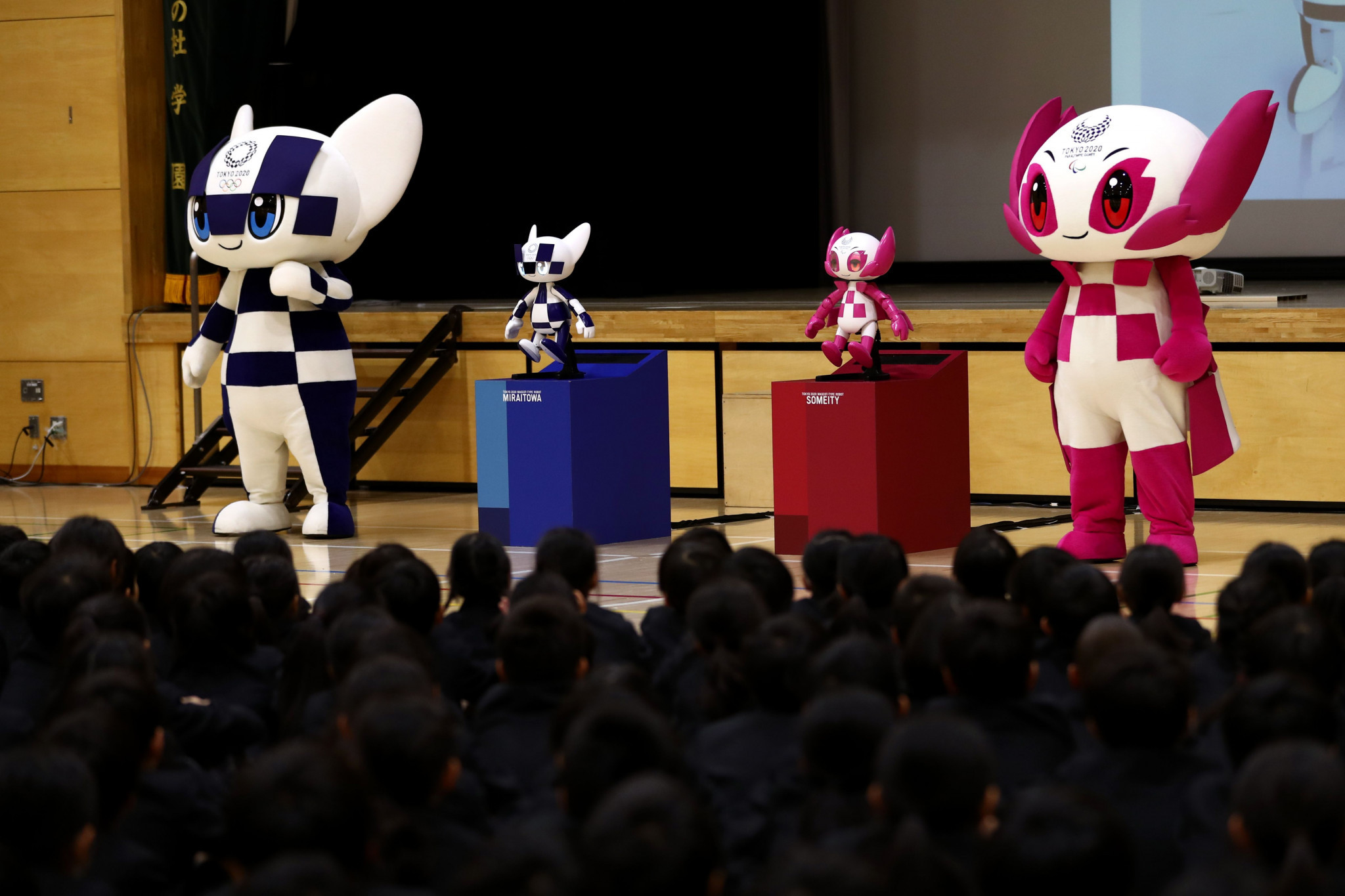 Tokyo 2020's mascot robots were demonstrated for the first time today at Hoyonomori Elementary School in the Japanese capital.

Around 600 students enjoyed a demonstration which included the remote control feature and voice recognition.

The children were able to ask questions to the robots who then replied in Japanese and English.

They also reacted to the youngsters' facial expressions and followed commands.

The robots, based on mascots Miraitowa and Someity, are set to play an innovative role at the Olympics and Paralympics next year.

They will welcome athletes and guests with human-like movements such as shaking hands and waving, and with a variety of facial expressions.

Cameras mounted on the robots' foreheads allow them to recognise when people are nearby so they can react to them.

Making the Games more fun and exciting for children is seen as a key goal of the robots.

Hoyonomori was chosen as today's venue as the school was where Miraitowa and Someity were revealed as the Tokyo 2020 mascots in February.

They came out on top after pupils at thousands of schools across Japan voted for their favourite designs.

Miraitowa is the Olympic mascot with Someity representing the Paralympics.