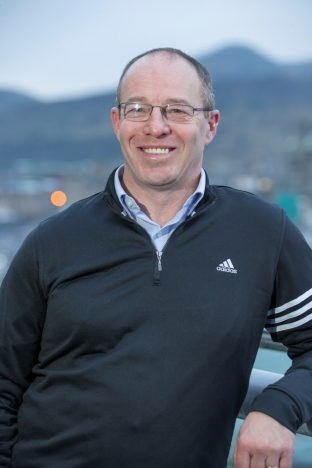 UK Athletics has announced that an interim performance leadership team will be in place for the Tokyo 2020 Olympics and Paralympics.

The new structure follows the departure of performance director Neil Black at the end of last month.

Steve Paulding will lead the overall management of the team as world class programme director, while Tommy Yule will take on the interim role of director of performance support.

Paula Dunn will continue in her role as head coach of the Paralympic world class programme while three lead coaches will also stay in their positions.

These are Stephen Maguire for sprints, hurdles and relays, Barry Fudge for endurance and Peter Stanley for field and combined events.

All six roles are considered key in preparing British athletes for Tokyo 2020.

The appointments continue a period of change for UK Athletics after Zara Hyde Peters was appointed as the new chief executive in August, replacing Niels de Vos who resigned last year.

Britain finished October's World Championships in Doha with five medals, including golds in the 200 metres and heptathlon for Dina Asher-Smith and Katarina Johnson-Thompson respectively.

However, this was still the country's lowest haul at the event since 2005.

"It is very important to us to ensure continuity in our performance area," said UK Athletics chairman Chris Clark, who himself only replaced Richard Bowker in June.

"We have a very talented group of athletes coming through for Tokyo 2020.

"Our recent performances in Doha show huge potential across many disciplines and events.

"Our key medal hopes are well known to us and the rising stars are making huge gains in their personal performances.

"They have fantastic experience to draw from and are a truly world class group.

"With Zara Hyde Peters also arriving we have a CEO with a strong performance background and knowledge of the workings of world class performance programmes.

"I know she will be devoting a significant amount of time to the team to help with preparation and the overall management of the area."

Paulding joined British Athletics in November 2016 and is the director of the National Performance Institute at Loughborough.

He was head coach of Britain's track cycling team at the Sydney 2000 Olympics, where they won five medals.

Yule joined British Athletics as head of performance support in 2017 and will focus on supporting Paulding.

According to the Daily Mail, Maguire had been in talks to replace Black but did not want to leave his role as director of performance and coaching at Scottish Athletics.

This has led to the interim set-up being put in place, the newspaper said.

He is not under suspicion of wrongdoing himself but had been criticised for refusing to distance himself from the American, who coached British distance runner Sir Mo Farah to all four of his Olympic titles, and for his unwavering support for him.

After allegations of doping violations by Salazar were broadcast in a BBC Panorama documentary in 2015, UK Athletics conducted a review into the coach but said there was "no concerns".

Black has previously described Salazar, who was accused by USADA of trafficking banned performance-enhancing substance testosterone to multiple athletes, as a "genius".