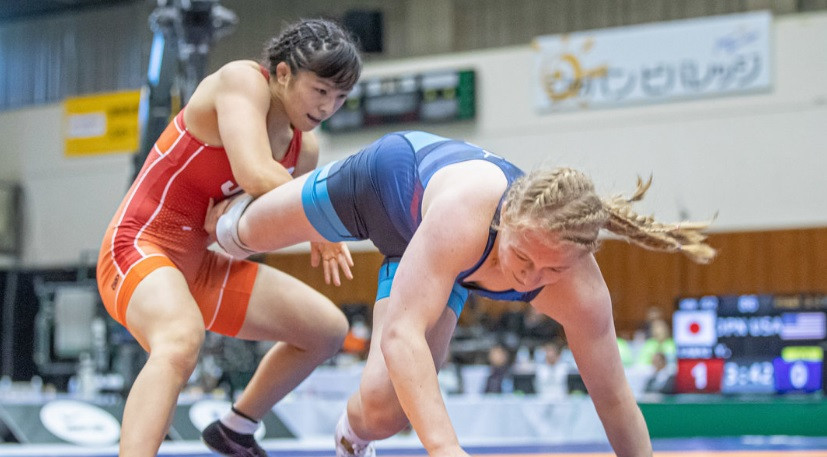 Hosts Japan eased to a 7-3 victory over the United States to secure the gold medal at the United World Wrestling Women's World Cup in Narita.

The home side were too strong for their American opponents in a one-sided final at Nakadai Sports Park Gym.

Naomi Ruike sealed a fifth straight World Cup crown for the Japanese team when she defeated Forrest Molinari 5-1 in their 65 kilograms contest.

Ruike's triumph gave Japan an unassailable lead and meant the American squad were forced to settle for the silver medal.

Jacarra Winchester hit back for the US with a 5-1 win over Akie Hanai at 55kg, but it was a fleeting moment of success for the American team.

Japan won the next four bouts to move 6-1 in front with three bouts remaining.

"I really felt the pressure, but I could hear the support from everyone on my team,” Ruike said.

"That made me fight harder."