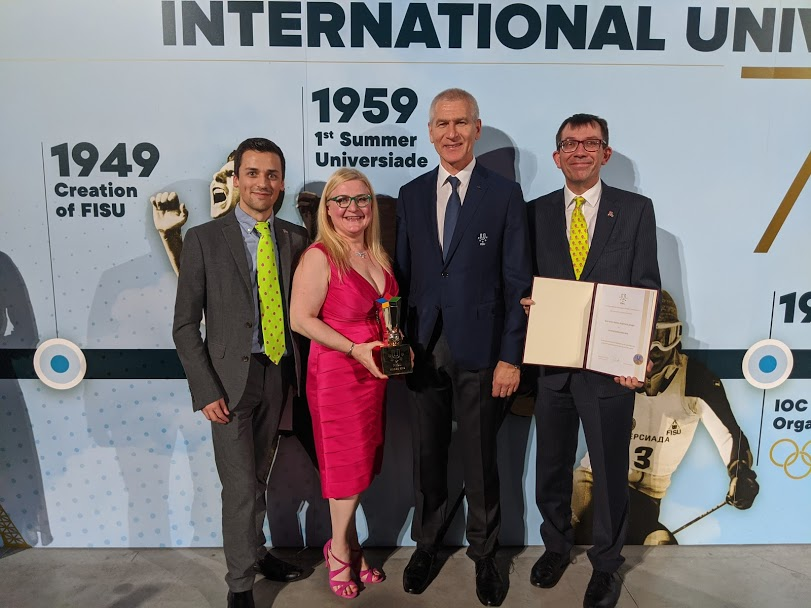 The award was one of nine presented here tonight, as FISU recognised the contributions of partners, governing bodies and athletes.

FISU announced the honour was in recognition of insidethegames’ reporting on FISU events and hard-hitting analysis.

Coverage has included daily Live Blogs and reports from this year’s Summer and Winter Universiades, which took place in Naples and Krasnoyarsk, respectively.

Gillen had earlier reported from Krasnoyarsk 2019 with Michael Pavitt.

"The media are often taken for granted and so it is a great honour to receive the Best Media Partner Award for 2019 from FISU," she told the audience.

"This is not just an award for me, or for our founder and editor Duncan Mackay, but for the whole team - the reporters, the team back in the office - and there’s not many of us.

"This is an award for everyone who plays a part in everything we publish.

"We work from early in the morning into the early hours of the next morning to make sure that all the latest news is ready for the e-alert to be sent out every day, 365 days of the year.

"We regard FISU as our friends and we would like to thank Oleg and Eric for all their support.

The men’s prize was awarded to taekwondo athlete Armin Hadipour Seighalani, after the Iranian won the men’s 54 kilogram event for the third consecutive Summer Universiade in Naples.

The Argentinian University Sports Federation received the best FISU promotion project for their booth at the 2018 Summer Youth Olympics in Buenos Aires.

The best national sports federation was awarded to Japan after the country topped the medals table at Naples 2019.

The University of Turin received the best university prize, while the Technical University of Munich were honoured for their hosting of the Best World University Championships, when they staged the beach volleyball competition.

Qiadon were named best commercial partner, while a special award was given to the Federation of University Sport of China.

It acknowledged their recent history of hosting Universiades and several World University Championships.