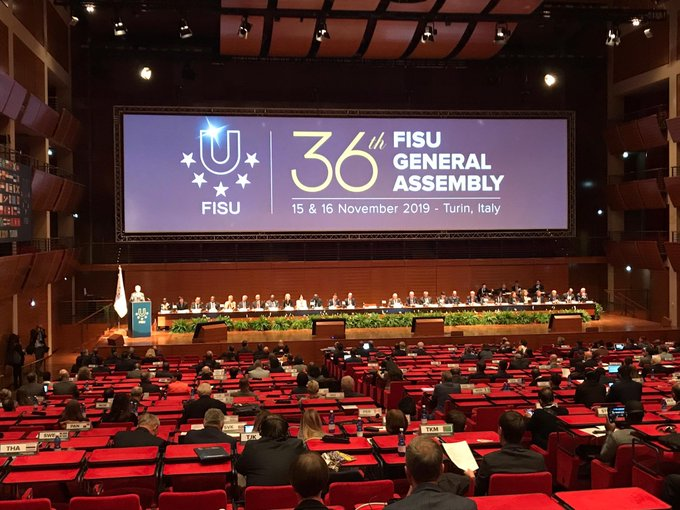 Matytsin made the assertion during his Presidential report, ahead of the Russian being elected unopposed for a second four-year term tomorrow.

Reflecting on the achievements of his first term, Matytsin expressed his view that FISU had taken vital steps to develop university sport.

"We can say the future of the Universiade is more certain," he told delegates in a building that  used to be part of the old Fiat factory

"We have more power to find host cities that are committed to our events.

"We have solid links to the Olympic Movement and improved governance.

"We also have made use of social media and new technology to make our events more attractive and accessible to young people.

"We have new activities and projects which go beyond elite sport.

"Most importantly we have a global strategy which is a living document, which is leading us into the future."

Matytsin highlighted FISU’s success in having secured hosts of their next two Summer and Winter Universiades.

Lucerne in Switzerland and Lake Placid in the United States are due to stage the winter event in 2021 and 2023 respectively.

The Chinese city Chengdu and Yekaterinburg in Russia are set to host the Summer Universiades in the same years.

Matytsin suggested further security for the Universiades could come in the coming months, with the Russian revealing there had been "strong progression" in discussions over the 2025 editions of their flagship events.

Germany and Hungary are bidding to stage the summer event, while Italian officials reiterated their desire to propose Turin as a candidate for the winter event here today.

Matytsin added that FISU had plans to take the Universiade concept to the "next level".

This will involve the debut of a "Cultural Universiade” at Yekaterinburg 2023, with Russian organisers expected to reveal further plans tomorrow.

The FISU President claimed the Cultural Universiade dated back to Pierre de Coubertin, founder of the Modern Olympic Games.

Matytsin predicted the the cultural aspect would ensure athletes have a wider experience, which education and culture combined with the existing sporting focus of the Universiades.

The final reports were also given from the Organising Committees of the successful Krasnoyarsk 2019 Winter Universiade and Naples 2019 Summer Universiade today.

The General Assembly looked back on the highlights and legacies from the Games, as well as FISU’s history as the organisation celebrates its 70th anniversary.

A special video from International Olympic Committee President Thomas Bach was among several messages played during the General Assembly.

Matytsin is optimistic the steps FISU is taking, including the introduction of more World University Championships and World Cup events, will ensure future success for the university sport movement.

"I hope you will remember FISU was founded with a great vision to educate young athletes through sport," he said.

"We can achieve this vision by looking forward with vision and purpose.

"So that from 70 years from now people will also be able to look back with pride as well."