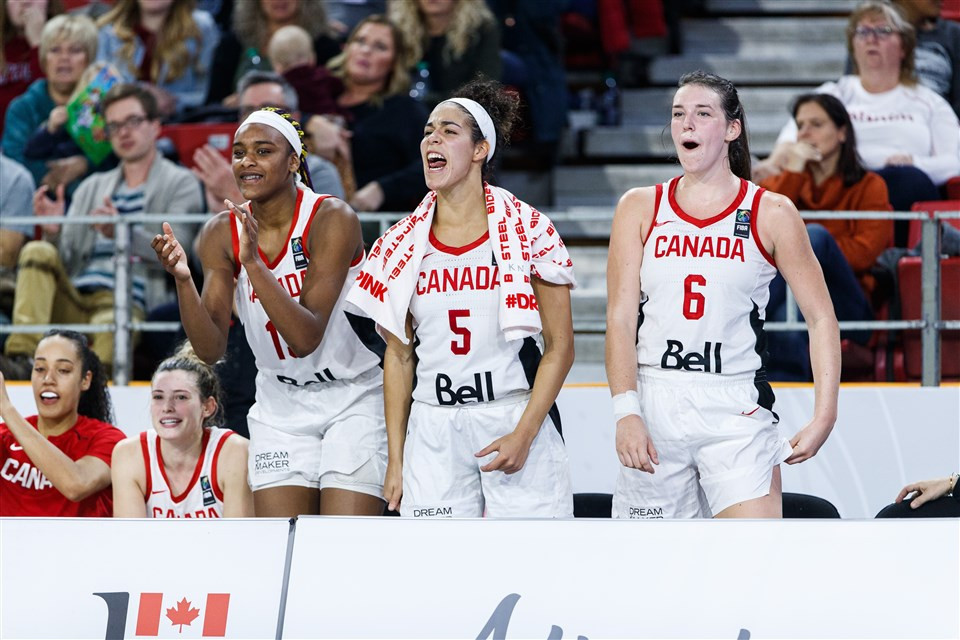 Canada overpowered Cuba as they began their campaign for a spot at the Tokyo 2020 Olympic Games with victory in the International Basketball Federation Women's Olympic Pre-Qualifying Tournament for the Americas.

At Edmonton EXPO Center, Kia Nurse scored 28 points as the Canadians dominated their Group A opener to secure a 110-53 triumph.

The Cuban side kept with their hosts for the opening seven minutes before Canada brought out its various weapons and took the reins of the game.

Dominating all periods, the Canadians won the battle of the rebounds 57-33 and various offensive categories as they eased to an opening victory.

Day 1 of the FIBA Women's Olympic Pre-Qualifying Tournament in the Americas is done! 👏 Check out the results! ⬇️

Isalys Quiñonez led the Puerto Rican offence with 20 points and seven rebounds, as the Boricuas scored 24 of 29 efforts from the free-throw line.

In Group A, the United States made a winning start as they defeated Brazil 76-61 in Bahia Blanca's Dow Center in Argentina.

Brazil controlled the first quarter, taking it 15-10, before the US raised their level.

Group hosts Argentina were stunned 67-63 against Colombia and now face an uphill battle to progress from the group.

The Asia/Oceania pre-qualifying tournament returns tomorrow when Philippines meet South Korea and China take on New Zealand in Group A.

In the only game of the day in the African Olympic Pre-Qualifying Tournament, Mali defeated Angola 65-45.

Mali will take on Senegal in Group B tomorrow as Mozambique and Nigeria do battle in Group A.