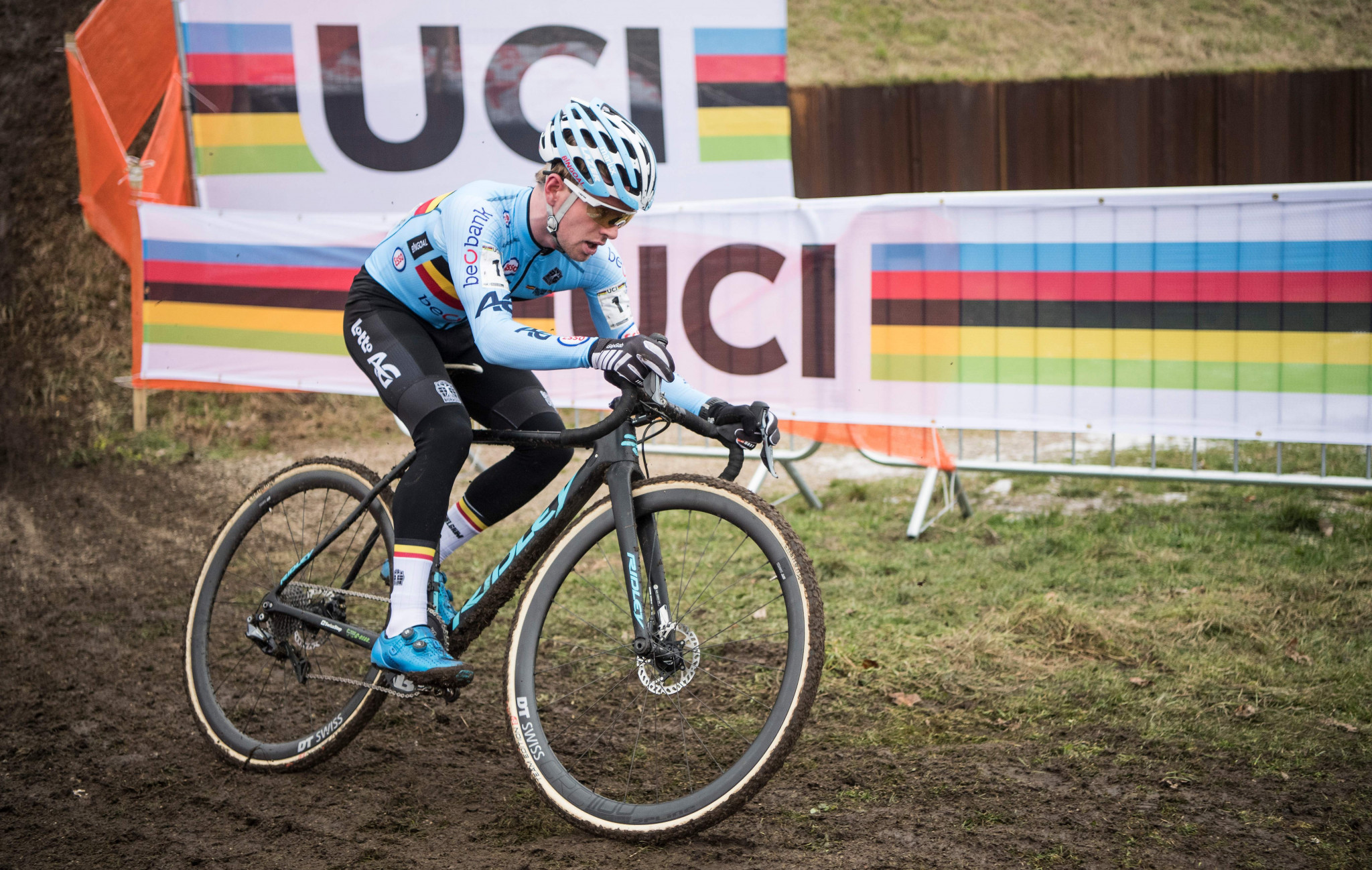 Competition is in Tabor tomorrow, with the men's and women's elite races scheduled, along with men's under-23 and junior events.

Iserbyt has won the opening three men's races of the season, but will face increased competition tomorrow.

His biggest challenger is expected to be the Netherlands' Mathieu van der Poel, making his first start of the World Cup season.

Van der Poel emerged as the winner of the European Cyclocross Championships last week in Silvelle.

The Dutch rider forced Iserbyt to settle for second place.

Van der Poel will aim to win the race in Tabor for the second consecutive year.

Home hopes will be high in the women's race, with Kateřina Nash hoping to earn her second victory of the season.

The Czech rider won the second World Cup race of the season, held at Waterloo in the United States.

Nash currently heads the World Cup standings, with different riders having won each of the three events.

Canada's Maghaile Rochette and the Netherlands' Annemarie Worst have also claimed victories at World Cup races so far this season.

Lucinda Brand will also feature among the starters for the event.

The Dutch rider was the winner in Tabor during last year's series.