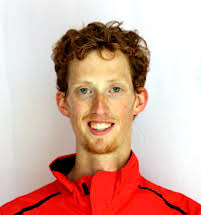 Let’s call a spade a spade, the International Olympic Committee (IOC) does not care about "athlete welfare". While there are enough examples of this to fill a book many volumes over, let’s look at just a couple of examples from the last few months in Tokyo.

At the Para-triathlon test event in August, the swim leg was cancelled due to poor water quality in Tokyo Bay and the 10 kilometres run was shortened to 5km due to extreme heat. The same run reduction happened in the women’s triathlon and still one athlete was hospitalised with heatstroke symptoms.

Several athletes at the World Rowing Junior Championships, which acted as the Tokyo 2020 test event, were reportedly treated for heatstroke as well.

Finally, at the open water swimming test event racing over 5km - half the Olympic distance - several athletes voiced concerns over water temperature. Three-time Olympic medallist Oussama Mellouli of Tunisia claimed it was the warmest race he had ever done, and that he started overheating after just two kilometres. Open water swimming is the most susceptible Olympic event to heat-related illness given the body's inability to regulate heat in warm water.

There has been no talk about moving any of these events out of Tokyo despite these obvious concerns. The difference between these and events from the International Association of Athletics Federations (IAAF) World Championships in Doha isn’t the safety of the athletes. It is the negative publicity conjured up by the media after the women’s marathon - and it strangely only seems to be the women’s marathon they’ve focused on. The IOC is scared of facing a similar backlash and is acting brashly in an effort to protect their brand.

If we accept the IOC’s reasoning behind the move the question then becomes, was the negative media attention towards the road races in Doha founded? This is largely a matter of opinion, but the only side we’ve seen play out in the media is that the heat is dangerous, the IAAF are the bad guys. End of story.

Personally, I am of the opinion that the media wanted to make the IAAF look bad from the outset. I fully believe that questions should be asked about how Doha was awarded these Championships in the first place and what role the Diacks - former IAAF President Lamine and his son Papa Massata - played in it.

But I feel like the media clung to these stories of the empty stadiums on the first couple of days and the women’s marathon on the opening day early in the Championships to pile on with negativity to make the IAAF look bad.

Typically with all big sporting events, the majority of coverage leading in is negative, as the media needs something to talk about and complaining gets more clicks. Usually as things start and positive story-lines emerge it trends more positively. That didn’t happen in Doha, even on paper it was the highest-quality track meet of all time.

Don’t get me wrong. Doha was hot, really hot. And Tokyo will also be really hot. But I haven’t seen any evidence that the conditions were unsafe – and neither has the IOC.

Everyone seems to point to the 28 DNFs (did not finish) in the women’s marathon as the primary call for concern. Yes, the heat played a role in that. But there were other factors too. Racing at midnight was a completely new challenge, which required extensive preparation to perform at your best. Additionally the Championships were six weeks later than normal and smack dab in autumn marathon season.

Of the 28 athletes who dropped out, 21 withdrew before halfway and 12 have raced again since. Knowing you are fit, and that there is big money to be had at other upcoming marathons, the decision to drop out becomes a lot easier.

Other athletes have admitted to trying out new strategies on race day that resulted in stomach issues, others were already injured heading into the race, contributing to their decision to drop out.

I overheard from the medical team, that was conducting an extensive heat study, that no participating women in the marathon had core temperatures over 40 degrees, the minimum to diagnose heatstroke - for comparison mine was 40.3 and I suffered no symptoms. Most crucially, the IAAF medical department has confirmed that there were zero cases of heatstroke.

Unfortunately, science takes time and the results from that heat study, which should form the foundation for any decisions on the danger of the heat, have not been completed.

Then people point to the images of athletes in wheelchairs, ambulances etc. This happens at every Championship, just as every major event has people dropping out. Doha was certainly way more prepared than any Championship I’ve ever been to and had amazing precautions in place.

Only one athlete was taken to hospital for further observation and released. This is not beyond the norm where athletes push to their limits and, inevitably, some push too far, in any weather conditions.

This media attention caused the IOC to act in the guise of mitigating risk. I am all for that, but does moving the events to Sapporo sufficiently mitigate that risk?

On the one hand they are saying that Tokyo is dangerous - what does that say for the athlete welfare of the other events that aren’t being moved - and by extension that Sapporo is safe.

I have heard a number of athletes in favour of the move state that now they don’t have to prepare for the heat. Sapporo will still pose a heat risk to the athletes. The heat will still be an issue, but now athletes have been lulled into complacency and may show up unprepared, which is a much greater risk.

Then what about the logistics? Will Sapporo have sufficiently trained medical staff? Most of the Olympic medical staff will still need to be in Tokyo. Additional team staff will also be needed, and smaller federations may not have the resources to pay for that – nor should they have to. They could easily say, "We aren’t sending marathoners or race walkers". And then the Olympic principle of universality is dead.

The simple fact is that this decision was made so quickly that there simply is not enough known to confidently say that this move will mitigate risk. And that is all before we talk about the athletes who don’t get to be a part of the Olympics, which is a completely valid reason for athletes to criticise the decision.

At the end of the day, the biggest point that matters to me is that the people of Tokyo are the ultimate losers.

As an athlete, I have to somehow come to terms with IOC corruption, Olympic city debt etc. One thing I cling to is the fact that my event and the marathons are free events, accessible to every single citizen to come and take part in the magic that is the Olympic Games.

The power athletes have to inspire is real. The people of Tokyo are the ones paying for this Olympics, they are medal contenders in four of five of these track and field events and the marathon is the marquee event in Japan.

They are having these events ripped away from them against their will. I do not know how to be okay with that and I have not seen an ounce of evidence that justifies the IOC's decision.

Liam Morgan will be back next week