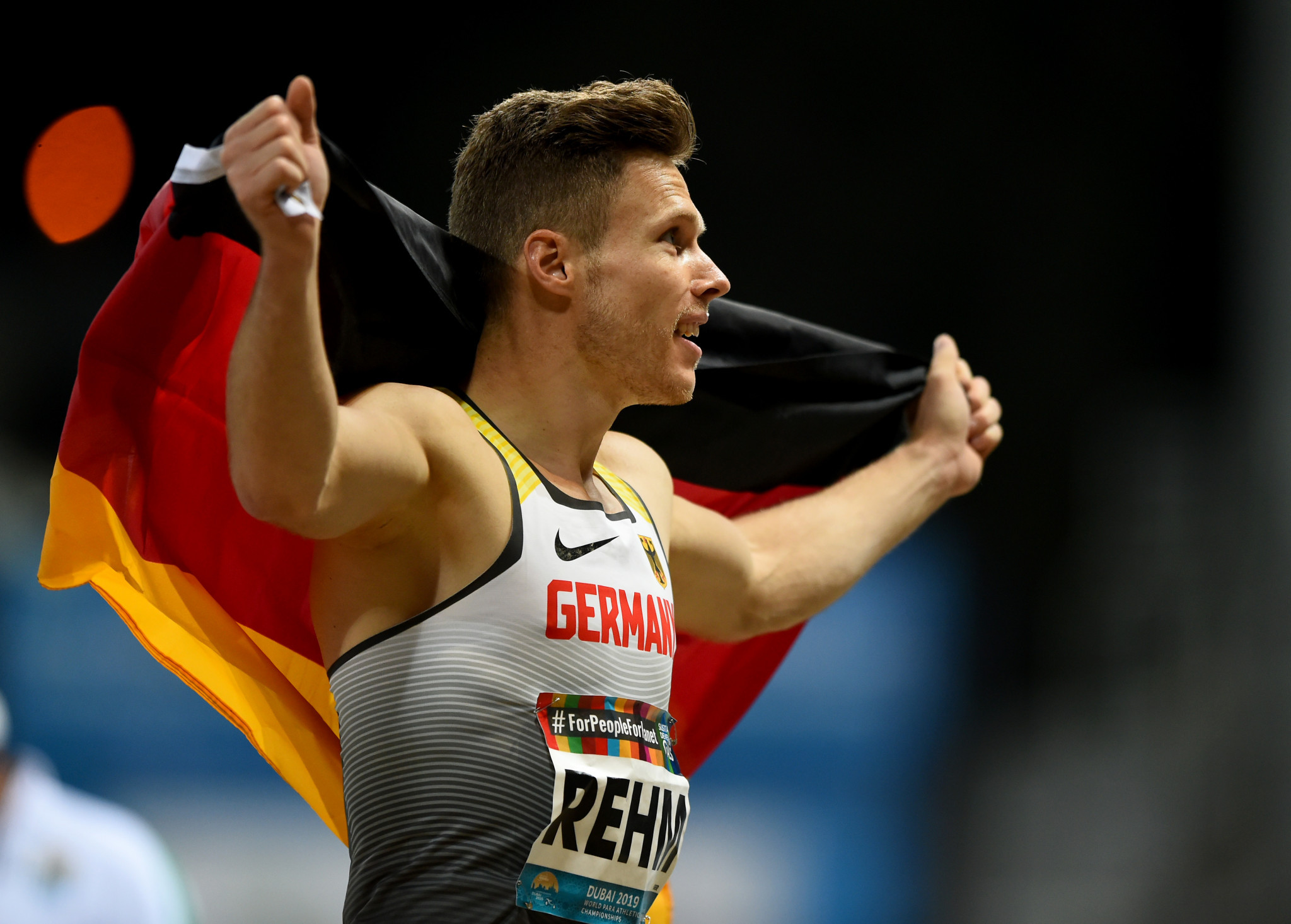 Two-time Paralympic champion Markus Rehm needed only the first of his six jumps to claim the men's long jump T64 title at the World Para Athletics Championships in Dubai today.

The German ultimately won with a leap of 8.17 metres at the Dubai Club for People of Determination, but his opening attempt of 7.87m would have been enough for the gold medal anyway.

France's Dimitri Pavade finished with the silver medal with 7.25m, while South Africa's Mpumelelo Mhlongo settled for bronze, his second medal at Dubai 2019 after silver in the men's 100m T64 on Monday (November 11), with 7.07m.

Rehm’s victory was his seventh in World Para Athletics Championships and fifth in the event.

Since the 2011 edition in Christchurch in New Zealand, no one else has won the long jump in his class.

"Defending my title was definitely my goal tonight," Rehm, who has increased Germany's gold medal tally at Dubai 2019 to six, said.

"I'm really happy about it, even if the conditions today were not so easy.

"Next time, in Tokyo, I hope to manage another win."

The 32-year-old now has eight world titles to his name.

Italy's Monica Graziana Contrafatto was the runner-up in 15.56, while Belgium's Gitte Haenen rounded off the podium in 15.60.

Hungary's Luca Ekler was the silver medallist in 26.61, with Australia's Rhiannon Clarke third in 26.79.

The third world record of the evening came through China’s Li Liu in the men’s shot put F32, with a throw of 12.05m.

Li's win was one of three for China this evening, with the other two going to Shi Yiting in the women’s 100m T36 and Liu Cuiqing in the women's 200m T11.

Shi prevailed in a time of 13.62 and was followed in the standings by Argentina's Yanina Andrea Martinez, second in 14.02, and Brazil's Táscitha Oliveira Cruz, third in 14.38.

A time of 24.89 proved to be good enough for Liu, with Brazil's Thalita Vitória Simplício da Silva the runner-up in 24.92 and compatriot Lorena Salvatini Spoladore the third-place finisher in 25.62.