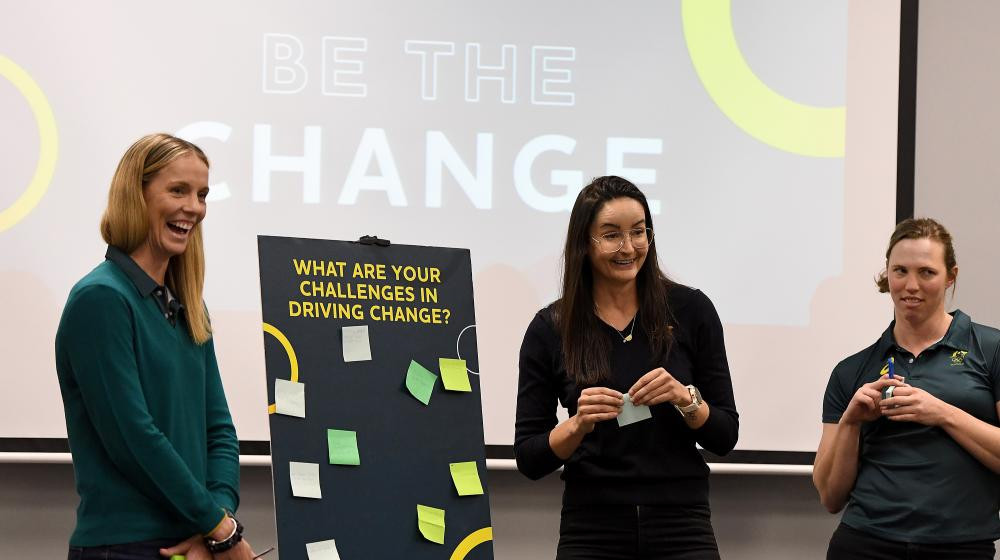 Twenty-six students have been selected to represent their state, territory and school at next month's National Australian Olympic Change-Maker (AOCM) Summit in Canberra.

This year, the Australian Olympic Committee (AOC) set out to reward and recognise young Australian "change-makers" - students who demonstrated the Olympic spirit through leadership and driving positive change in their communities - by implementing the AOCM programme.

Schools nationally were encouraged to nominate up to two students per school, from years 10 to 12, who embodied the theme of "change".

The AOC says the nominations received were overwhelming, showcasing 1,027 young Australians whose Olympic spirit "transcended the sporting field, acting as a force for positive change in the future".

All nominees were given the opportunity to attend a state or territory forum, with more than 700 attending across Australia.

The forums provided a unique opportunity for AOCMs to come together with other like-minded students from around the country.

More than 25 Olympians were engaged in them.

AOCMs were encouraged to submit a one-minute video that demonstrated how they were driving change in their school or community.

Their submissions were reviewed by a panel of Olympians.

More than 450 submissions were received to attend the National AOCM Summit, which is due to take place in Canberra from December 4 to 6.

The Olympian panel selected 26 students who stood out as AOCMs.

A full list of the students can be viewed by clicking here.