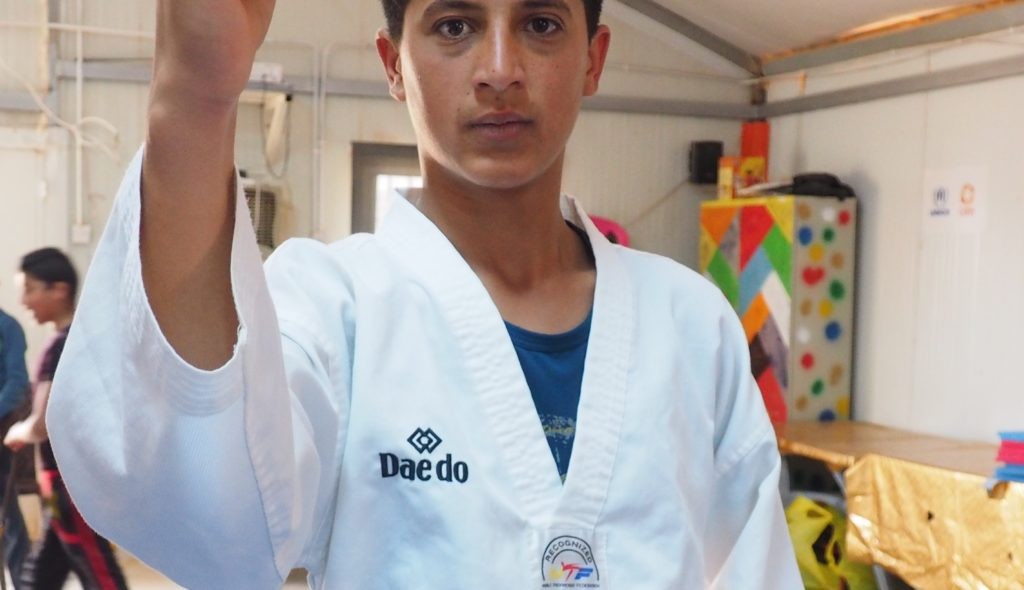 The group are among 37 athletes from across sport who were awarded refugee athlete scholarships by the International Olympic Committee (IOC) on World Refugees Day in June.

They have now received training grants to help with their Tokyo 2020 ambitions and are all hoping to earn a place on the Refugee Olympic Team at Tokyo 2020.

The team launched at Rio 2016 with 10 athletes competing across the sports of athletics, judo and swimming.

Among the taekwondo hopefuls is Syrian Wael Fawaz Al-Farraj, who has trained at the Taekwondo Humanitarian Foundation (THF) at Azraq Refugee Camp in Jordan and became the project's first black belt.

Choue announced plans to form the THF in his speech at the United Nations headquarters in New York City, on the 2015 International Day of Peace.

He said: "Besides improving the health, the THF is about looking forward to a big dream in their lives.

"One of our IOC scholarships is from the Azraq Camp.

"I sincerely hope they all qualify for the Tokyo 2020 Olympic Games.

A full Big Read on the THF can be found here.