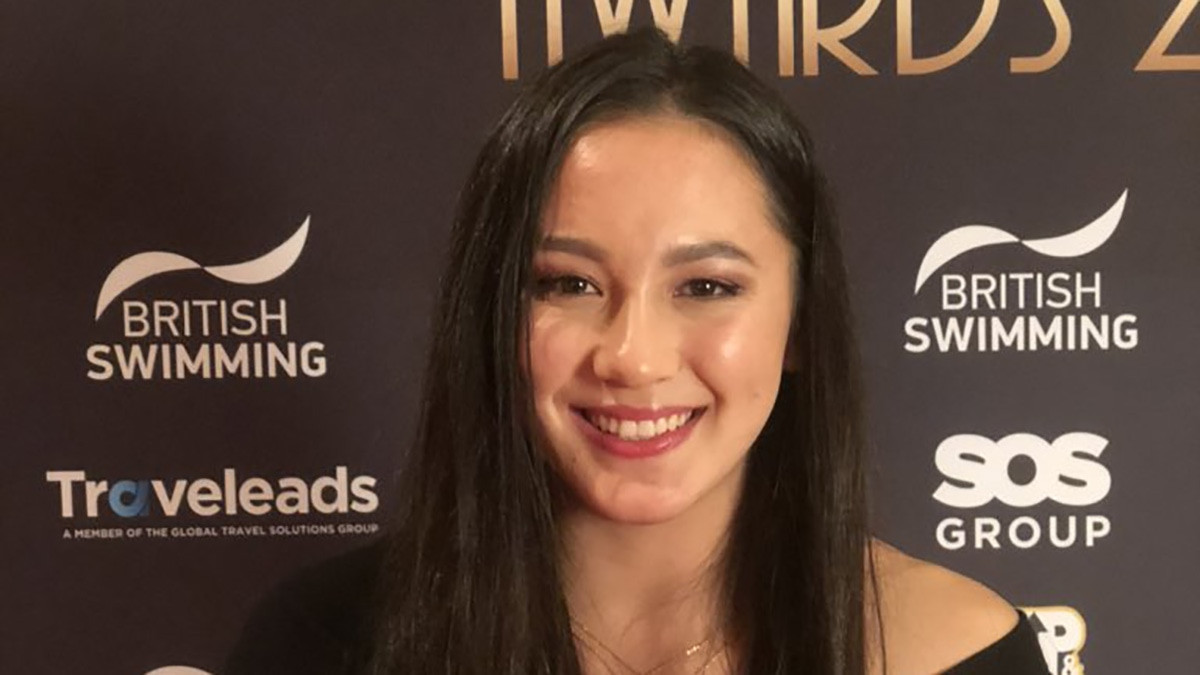 Alice Tai has become the first Para-swimmer to be named Athlete of the Year at the British Swimming Awards.

The 20-year-old also landed the Para-swimmer of the Year accolade after winning seven gold medals at the World Para Swimming Championships in London in September.

She is hoping her success in and out of the pool will lead to more youngsters starting swimming and other sports.

"To win this is just crazy - I really wasn’t expecting it," Tai said.

"I’m really keen to just help progress Paralympic sport more, and working with other children and seeing how much I have inspired them is just crazy.

"I remember being in that position when I was younger, looking up to athletes, so it’s just really trying to get more people into the sport."

After receiving the Para-Swimmer of the Year trophy, Tai reflected on her year.

"I think my year has just been crazy," she said.

"It’s all thanks to David [Heathcock], my coach.

"I never expected to come away from the Worlds with seven golds and break as many world records as I did this year."

Tai claimed her seventh gold medal of the World Para Swimming Championships after joining Stephanie Millward, Brock Whiston and Toni Shaw to secure the women's 4x100 metres freestyle relay 34 points crown in the last race of the event at the London Aquatics Centre on the Queen Elizabeth Olympic Park.

The British team won in a time of 4min 23.86sec to oust squads from the United States and Canada.

"It was nice having the relay on the last day," Tai said.

"The rest of the week was just kind of controlling emotions and getting on with the races because it was pretty packed.

"Having the relay on the last night with the rest of the team was just insane.

"It was pretty close – America dived in before us and I just had to bring it back, and to be able to lead that relay home and get the last gold was just crazy."

Tai is also looking forward to another hectic schedule in 2020, which includes the World Para Swimming European Open Championships in Madeira's capital Funchal.

That event is due to take place from May 17 to 23 and will be open to athletes from other continents as one of the most important tests before the Tokyo 2020 Paralympic Games in August.

"I have the Europeans before the Paralympics," Tai said.

"The programme in Tokyo will still be pretty packed - but yes, the more the merrier."