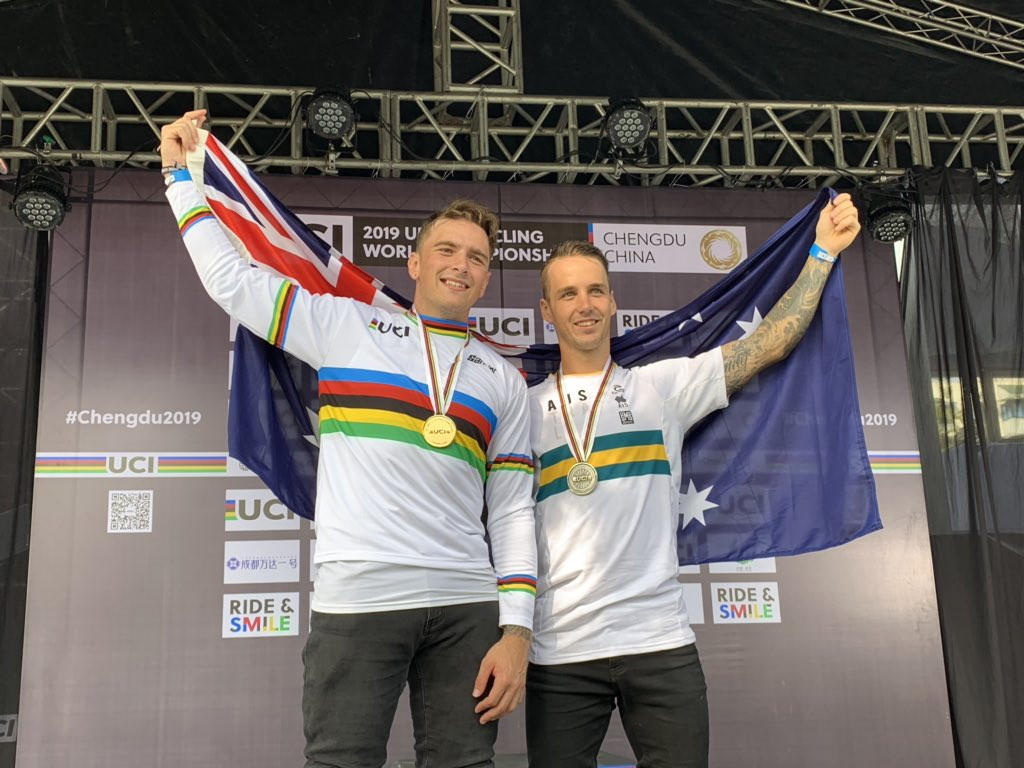 Each rider was given two 60-second runs at Xinhua Park in the Chinese city, with the best score counting towards the final placings.

Roberts topped the pile in the semi-final yesterday and added the world title to her overall World Cup crown and her gold from the World Urban Games.

She ended on 90.00 points after pulling off some big combinations, including a 360 tailwhip into a flare.

Macarena Valentina Perez Grasset of Chile was awarded a score of 86.80 for silver and Britain's Charlotte Worthington ended with bronze on 86.54.

Reigning world champion Perris Benegas of the United States ended down in eighth on 62.20 after a nasty crash on her second run.

Loupos led an Australian 1-2 over compatriot Martin Logan, who finished top of the standings in the semi-final.

He rode to a huge score of 93.20 on his second run, demonstrating impressive tricks and combinations which included a 1080 over the box and a 540 flare.

The Australian finished with a massive cash roll and could not be surpassed.

It meant another American, defending world champion and top-ranked rider Justin Dowell, had to settle for fourth on 88.20.