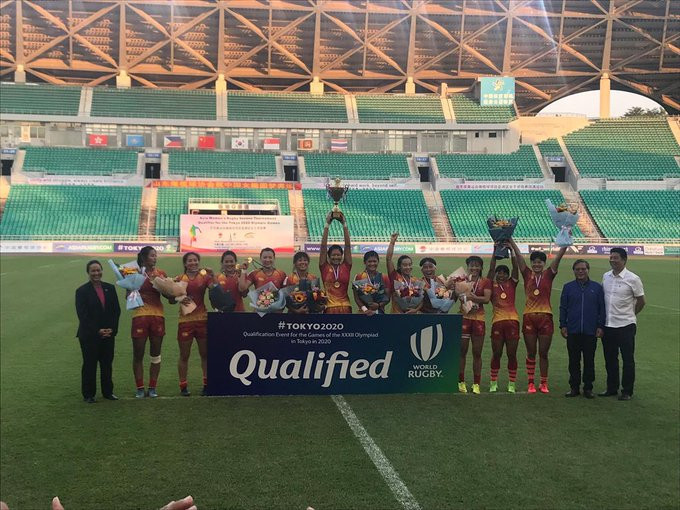 China qualified for next year's Olympic Games in Tokyo after they thrashed Hong Kong in the final of the Asia Women's Sevens in Guangzhou.

The Chinese side, who featured as a core team on the 2019 World Rugby Sevens Series, were the dominant force at the event and conceded just one try in their five matches.

They will join New Zealand, the United States, Canada, Australia, Brazil, Britain, Kenya, Japan and Fiji in the women's tournament at Tokyo 2020.

Tears of joy as China qualify for the @olympics with victory over Hong Kong! @WorldRugby7s #Tokyo2020 pic.twitter.com/xSZ2cRSGXS

"With Asia guaranteed two sides in Tokyo, adding to the face that the Games are in Asia and we have just had an incredible first-ever Rugby World Cup in Asia I am excited to see the continued development of rugby in the region."

Kazakhstan finished third after they defeated Thailand 17-14 in a hard-fought bronze medal match.

China reached the final with a 34-0 demolition of Thailand, while Hong Kong - the only team to score a try against the eventual winners - overcame Kazakhstan 19-7 in their semi-final.